;
« Why What Happened in Vegas Won’t Stay in Vegas
Why Use a Design-Build Owner Advisor? » 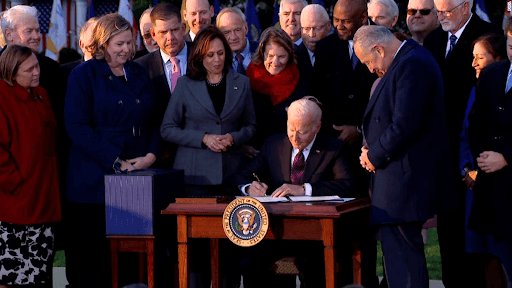 President Biden signed the $1.2 billion Infrastructure, Investment and Jobs Act one year ago today. Since then, a dozen federal agencies have issued more than $7 billion in state formula funds and awarded $187 billion in competitive grant funding to states, cities, and agencies. In addition, a growing number of Notices of Funding Opportunities continue to be released nationwide. In addition to IIJA programs, sustainability and resilience programs included in the Inflation Reduction Act and significant investments in American manufacturing funded through the CHIPS and Science Act will continue to drive projects in nearly every sector and region of our nation.

Design-build will be vital in helping federal agencies, states, and cities deliver the most innovative, time and cost-efficient projects possible. Owners need to maximize these investment dollars to deliver the best possible projects for their communities. They’re looking for design-build teams to help do just that.

The #InfrastructureWorks Campaign has gathered stories from community leaders throughout the country about their infrastructure work and the importance of IIJA funding for the future. 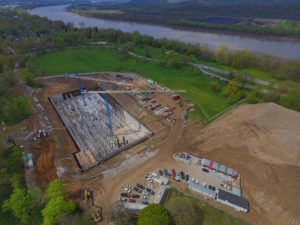 Among those interviewed include, long-time DBIA Owner member and national award winner, the Louisville and Jefferson County Metropolitan Sewer District (MSD). The MSD’s impressive Shawnee Park infrastructure project is a DBIA national award winner that provided a triple-bottom-line impact (social, economic and environmental) for the community.

Tony Parrott is MSD’s Executive Director and he highlighted the incredible community value design-build infrastructure delivers in his community.

“Our Shawnee Park overflow basin gave the park a basketball court parking for the children’s Sprayground a boat ramp and a pavilion. Our flood protection levees that help protect against the river flooding double as recreation paths for walkers, runners, and cyclists. We are an anchor utility serving and protecting 750,000 people and $24 billion in property. In short, MSD demonstrates that infrastructure works”

Across the nation, in Burbank, California, the Hollywood Burbank Airport has launched a $1.3 billion program to build a new terminal building and the infrastructure needed to support it.

The Progressive Design-Build project has been narrowed to three finalists with construction anticipated to begin in 2024 with the new terminal open by 2026. This massive project will be delivered by design-build and powered by IIJA funding.

“The financial success in achieving the goals for this airport lies with the federal dollars that have been approved under the infrastructure bill…without the financial assistance of the federal government it makes projects like this a lot more difficult and a lot more costly.” Frank Miller, Executive Director of the Hollywood Burbank Airport

DBIA is committed to helping desig-build teams maximize the power of diversity and inclusion to deliver this generational infrastructure promise to communities. DBIA Industry Partner, HNTB’s engagement in the #InfrastructureWorks Campaign focuses on putting communities first.

“Now more than ever, it is vital that the public and private sectors partner with communities to co create infrastructure solutions to build a thriving, connected, resilient communities that are rich and offer opportunity for all by putting communities at the center of our work.” Diana Mendez, HNTB Corporate President for Infrastructure and Mobility Equity.

These projects are just a tiny sampling of the many IIJA projects underway nationwide. You can see an updated map of infrastructure investment funding on GSA’s Data to Decisions BIL Dashboard.