How the Midterms Affect Design-Build Legislation

In the wake of the 2014 midterm elections, DBIA’s Vice President of Advocacy & Outreach, Louis J. Jenny, and Director of State/Local Legislative Affairs, Richard Thomas, reflect on how the election outcome is affecting DBIA’s efforts to authorize and expand design-build project delivery throughout the United States.

The headline of the recent elections on the federal level is the Republicans’ takeover of the U.S. Senate. This, along with gains in the House, will give the GOP solid majorities in both Houses of Congress in 2015. Early word from the GOP Leadership is they want to find areas of common ground to work with the President, who similarly will be looking for legislative progress in his final two years in office. This means we could see a reasonably productive two years in Washington, at last by recent standards.

However, it is difficult to talk with much specificity on the prospect of issues of interest to DBIA in 2015 since it will be sometime before the Senate fully organizes itself. That is, it could be well into January or later before committee chairs are chosen, committee slates finalized and agendas put together.

One area of some optimism for action is on a long-term reauthorization of the Highway Bill. In recent years, Congress has not been able to manage more than short-term extensions, largely due to disagreements over how to fund the bill and its many programs. However, support for highway programs, generally speaking, crosses party lines, making it an ideal area of focus if the President and Congress are looking for issues where fruitful negotiation is possible.

First things first though, Congress is back for a brief session to wrap up FY 2015 funding and pass a Defense Authorization Bill, among other things. Our Design-Build Efficiency and Jobs Act is in the mix to potentially be part of the defense bill so DBIA and our coalition partners will continue to work on that for the next few weeks. 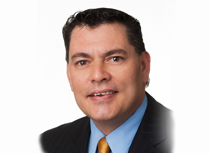 Going into the 2014 elections most experts predicted Republicans would do well. The reality was a Republican wave that exceeded expectations. Eclipsed by news coverage of the U.S. Senate takeover, however, was the fact that Republicans took control of 30 state legislatures, the most since Reconstruction. The number of Democratic controlled legislatures dropped from 19 states to 11. In gubernatorial elections, a Republican now leads in 31 states. Time will tell how these election results will directly affect design-build, but the new legislative make up will present new challenges and opportunities. The make-up of the legislature changed the most in the northeast and Midwest where traditionally democratically controlled legislatures are now split.

The state where the election results could have the most impact is New York, where design-build authority is set to expire at the end of this year. New York historically has been a Democratic stronghold, but Republican gains resulted in a split legislature. If Democrats and Republicans can work together, the chances of extending design-build authority increase dramatically. One issue that could help DBIA’s design-build efforts is the increasing need for infrastructure replacements and improvements in the empire state. Despite the demands on New York’s infrastructure, funding for those projects have not kept up. Industry groups like the Associated General Contractors have been pushing for increased funding, but with few projects completely designed, design-build could be the solution.

Another opportunity for design-build could be in Texas. Texas voters have overwhelmingly approved Proposition One, which will designate a portion of the state’s oil and gas revenues, (currently flowing into the Rainy Day Fund) to the Texas Department of Transportation for highway maintenance and repairs. With nearly 80% of voters approving the measure, there is a clear mandate to get projects started.

The measure will make about $1.7 billion a year available for highway projects immediately; far from the $5 billion that Texas Department of Transportation (TxDOT) needs to handle the demands of roads that need repairing or replacing, but it will be a real shot in the arm. Proposition One includes a restriction limiting the use of funds to non-toll roads only, but the infusion of dollars is likely to boost the TxDOT design-build program which has grown considerably in recent years. Texas lawmakers are expected to consider two other measures: designating 100 percent of the vehicle sales tax to highways, and ending diversions of gas tax money to non-transportation uses.

The biggest challenge for design-build and DBIA will be the sheer numbers of newly elected legislators. Few legislators come from the design and construction sectors meaning legislators often lack the understanding of project delivery, this is especially true with new members. Over the next year, DBIA will be working hard to educate new public officials so that they understand the power of Design-Build Done Right.

On both the federal and state level the recent elections stirred the pot considerably. This gives us opportunities and challenges. DBIA, working closely with the DBIA regions, will continue working to advance Design-Build Done Right in Washington and across the country.