The Arkansas legislature passed P3 legislation in 2017 and according to a story in Arkansas Business today the state could be less than a year away from tackling its first P3 projects. Arkansas Business provided this coverage today:

“The Arkansas Economic Development Commission hired the consulting firm KPMG in February to develop rules for the P3s, said Amy Fecher, secretary of the state’s Department of Transformation & Shared Services, which is now overseeing the P3 program. (The Transformation & Efficiencies Act moved the P3 program from ADEC to the Division of Building Authority within the Department of Transformation & Shared Services.) KPMG is gathering information and working on the P3 rules…‘We anticipate being ready for projects in early to mid-year of 2020,’ Fecher wrote.”

“It’s not just highways. It’s all kinds of infrastructure at the municipal and the state level, whether you’re talking about water systems and sewer systems or college campus and school buildings,” Sabin added. “We have a lot of needs, and we would never be able to afford to cover them all through government funding.”

It’s a common challenge many other states have faced, spurring the passage of P3 legislation in 40 states.

“We do have a huge infrastructure challenge in our nation and Washington really hasn’t done anything to address that challenge,” she said. “Our aging infrastructure needs to be corrected.”

Larry Watkins, an adjunct professor, who teaches construction law at the University of Arkansas at Little Rock’s Bowen School of Law told the Arkansas Business Journal that:

“…in the two years he’s been talking about P3s, there has been a lot of interest from both the state agencies and contractors, developers and investors in doing a P3 in Arkansas. ‘Once we have this program up and rolling, … I believe you’ll see some P3 projects take off,’ he said.”

You can see more resources about P3 and the role design-build plays in helping to deliver those projects in DBIA’s Public-Private Partnership Primer and on our website. 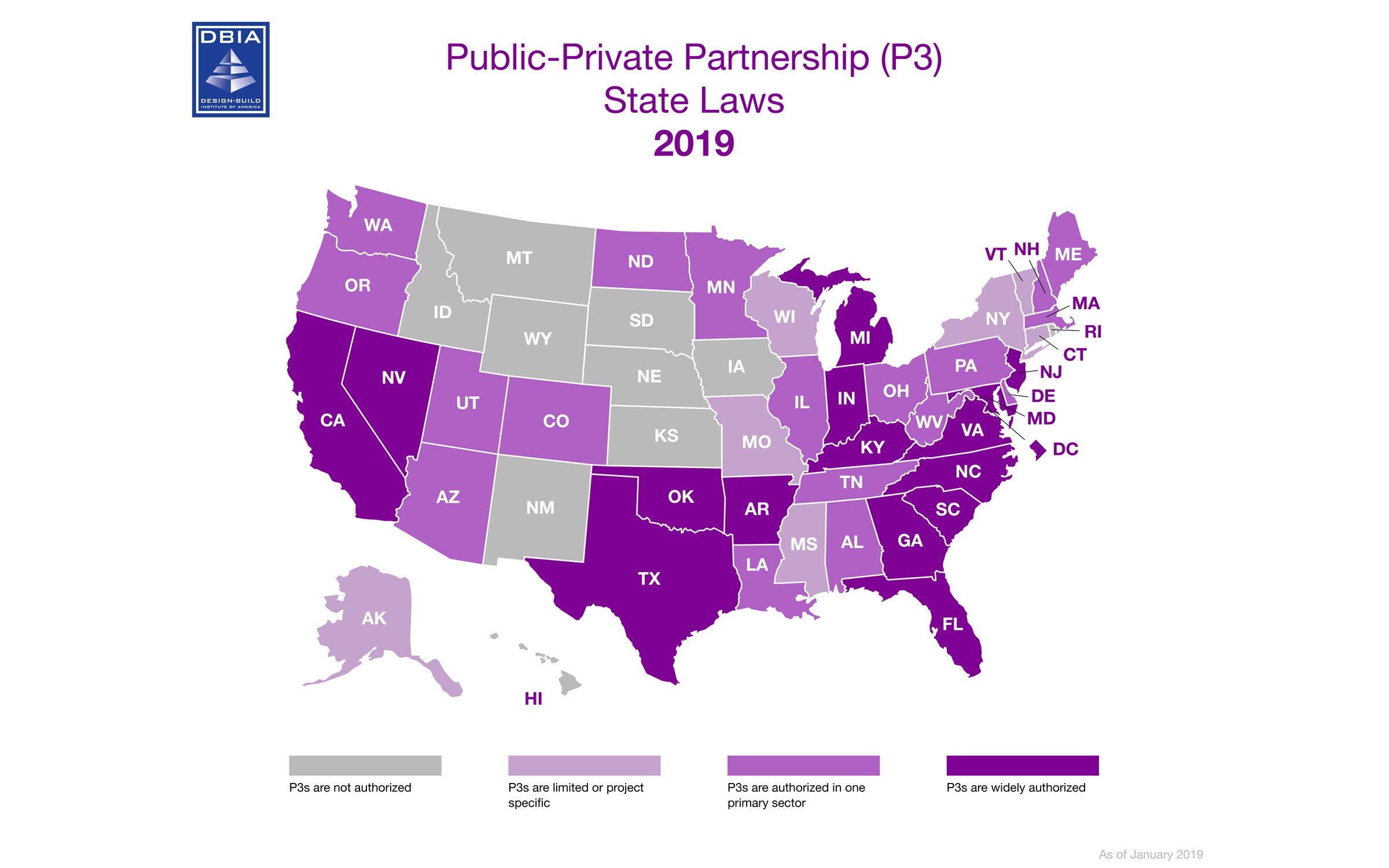