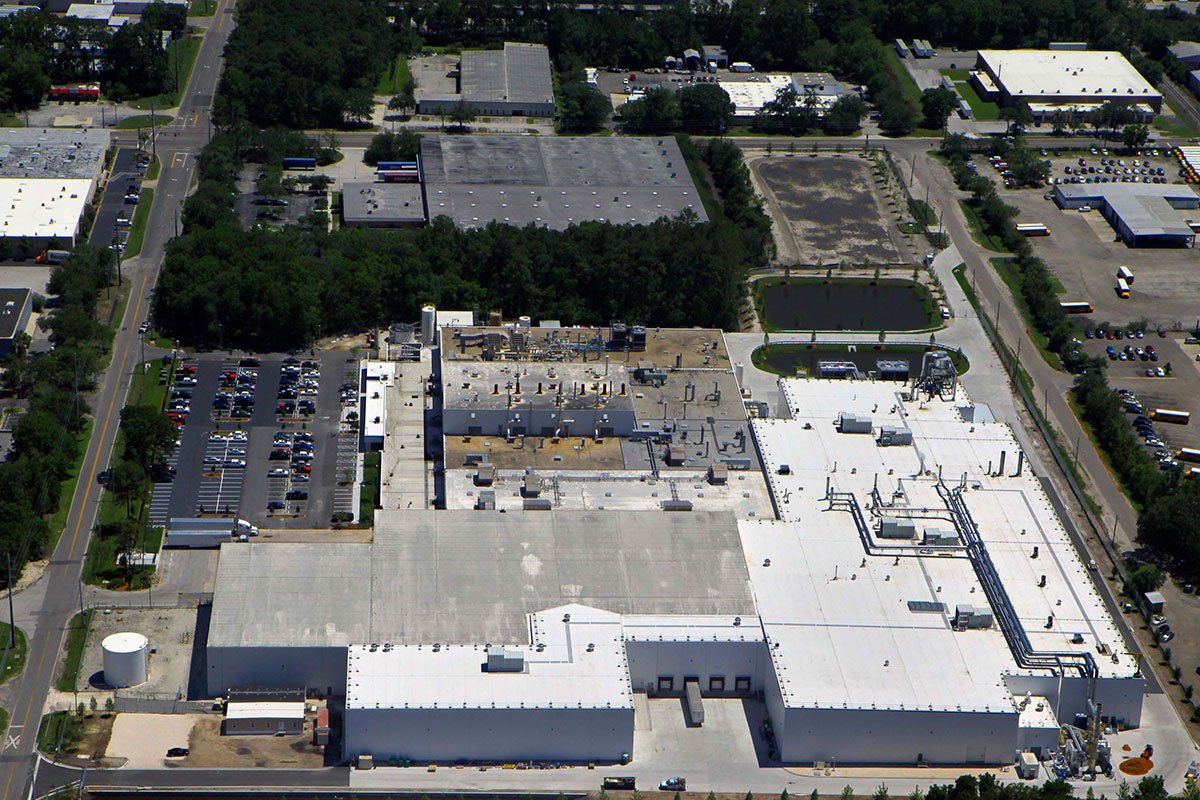 Critical changes in this expansion plan required the team to utilize all the flexibility and efficiency design-build offers to ultimately deliver this successful project.  A change in vendors for the can-making equipment in this plant occurred just before the foundations were placed. The radically different design required that the forms be redesigned and reworked quickly. In addition, the scope of the plant’s wastewater treatment operation had to be upgraded. When the owner realized that the original site was too small for their expansion, purchasing surrounding land provided just barely enough space requiring the facility to extend just inside the property lines, limiting the space for construction.  A tight schedule also required the first third of the building to be completed and ready for equipment deliveries and turnover deadlines within five months of breaking ground.

When Anheuser-Busch, the world’s largest beer producer, broke ground on a $175 million expansion to their Metal Container Corporation plant in Jacksonville, Fla., in March 2016, they promised to have 75 new jobs and a completed facility by January 2017. After pouring 350,000 man hours into the project in just under 10 months and overcoming a number of setbacks including late owner vendor changes and late owner procurement/approval of key equipment as well as a hurricane, Haskell and AB-InBev celebrated as the first pallets of Budweiser and Bud Light aluminum bottles rolled off the line in January 2017, as scheduled.