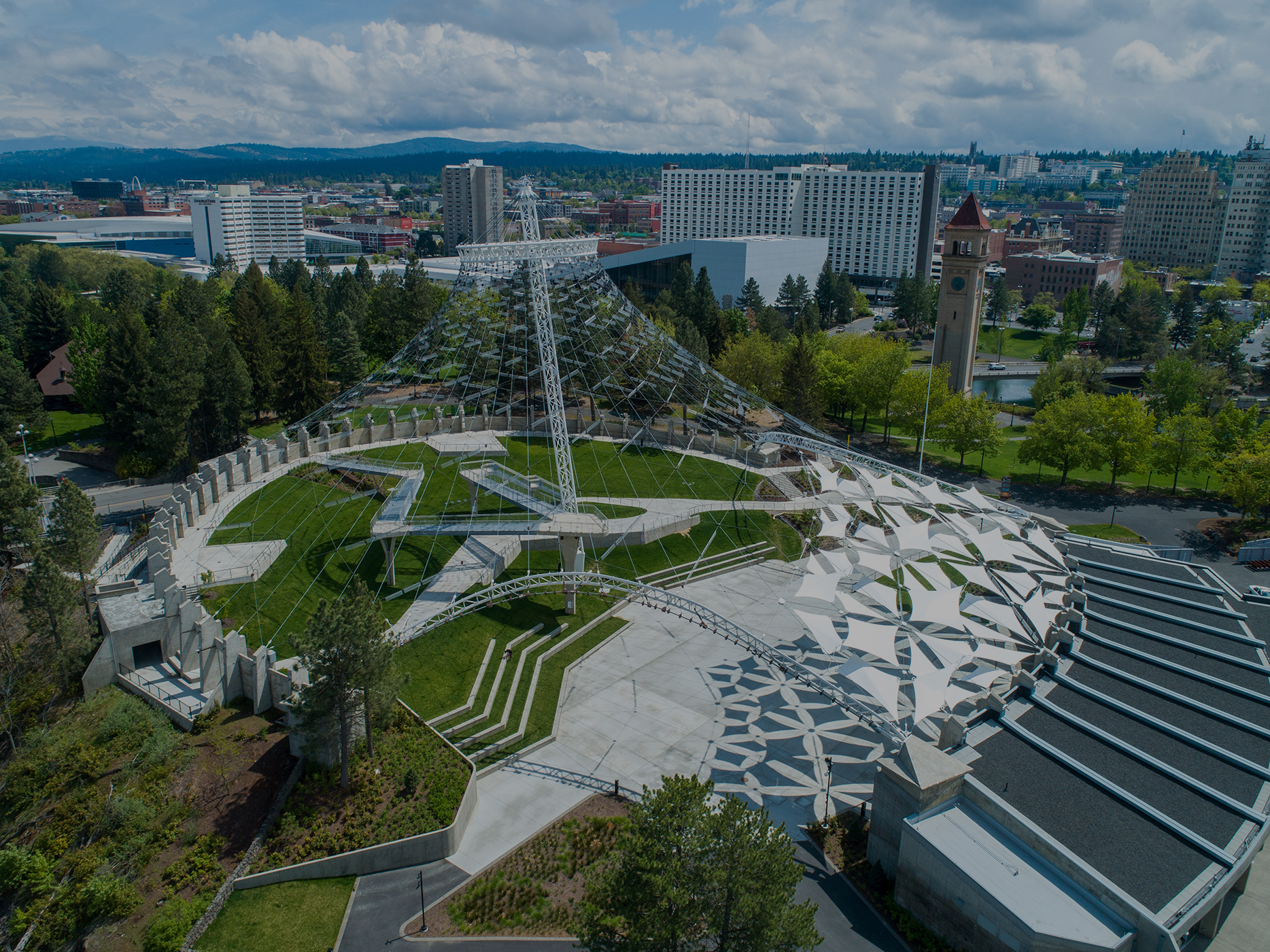 The U.S. Pavilion and adjacent Promenade are situated on Havermale Island at the center of Riverfront Park. The original U.S. Pavilion, built for the 1974 World’s Fair, “Expo ’74,” consists of a 150-foot tall angled mast supporting a 50-foot diameter steel ring. A cable net structure attached to the ring extends downward to a circular, buttressed concrete wall. Integral to the concrete wall on the west side is a 16,000 SF, two-story, monumental concrete building. The footprint of the resulting circular enclosure or “Ring,” is approximately 1.5 acres.

Since Expo ’74, the U.S. Pavilion cable net structure has been the most widely recognizable icon of Spokane. Unfortunately, since then, the space had become cluttered with additional buildings and structures and was under-utilized. Parks wanted the reimagined U.S. Pavilion to draw people into the park again and to have them say “Wow!”.

It was often stated: “I don’t know how we ever would have completed this project if it wasn’t a design-build project.” Due to the evolving U.S. Pavilion program requirements during design and construction and the challenges associated with a 46-year-old cable net structure the design-build mindset allowed this team to embrace these challenges and far exceed the community’s expectations.

The project team removed all the structures that were added after 1974, renovating the west building into meeting facilities and administration offices, and importing significant quantities of soil from other park projects to create an amphitheater effect. The scope also included inspecting the 46-year-old cable net structure and performing necessary maintenance and repair work as well as repainting the mast and metal ring. The project also involved creating the sunshades, light blades and the “Elevated Experience.”

The Design-Build team, through a collaborative effort among the community, Owner, architects, electricians, and engineers, developed an innovative and dynamic light-blade LED system that truly serves as a new beacon for the community, illuminates the iconic U.S. Pavilion with a dazzling light show each night and is loved by all. 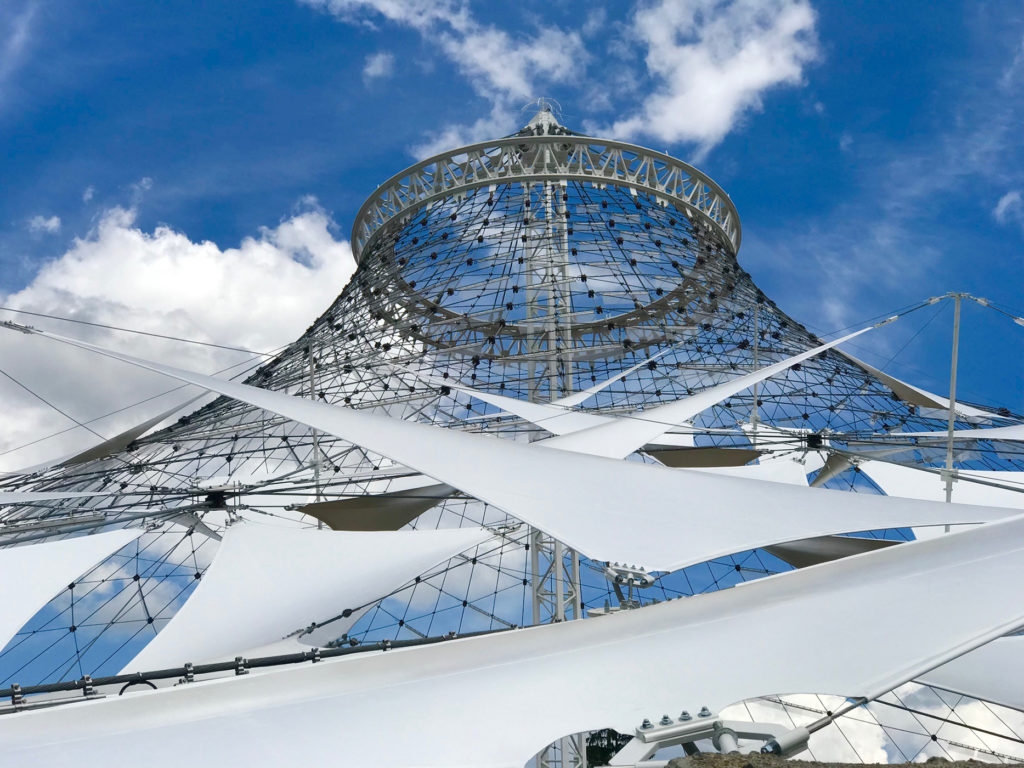 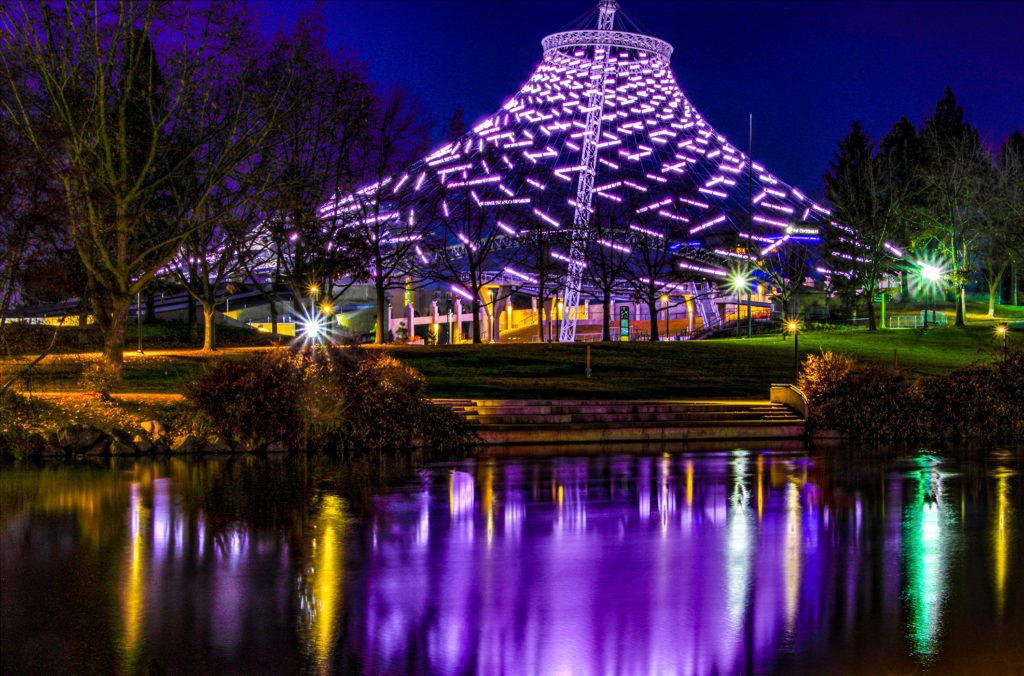