The fifth month of the year (yes, it’s already May) seems like a strange time to call a halfway point, but since it’s an election year, legislative calendars around the country are much shorter. Some legislative sessions will be wrapping up in June, but they may re-open after the election. So far this year, we’re tracking legislation in almost half of U.S. states. 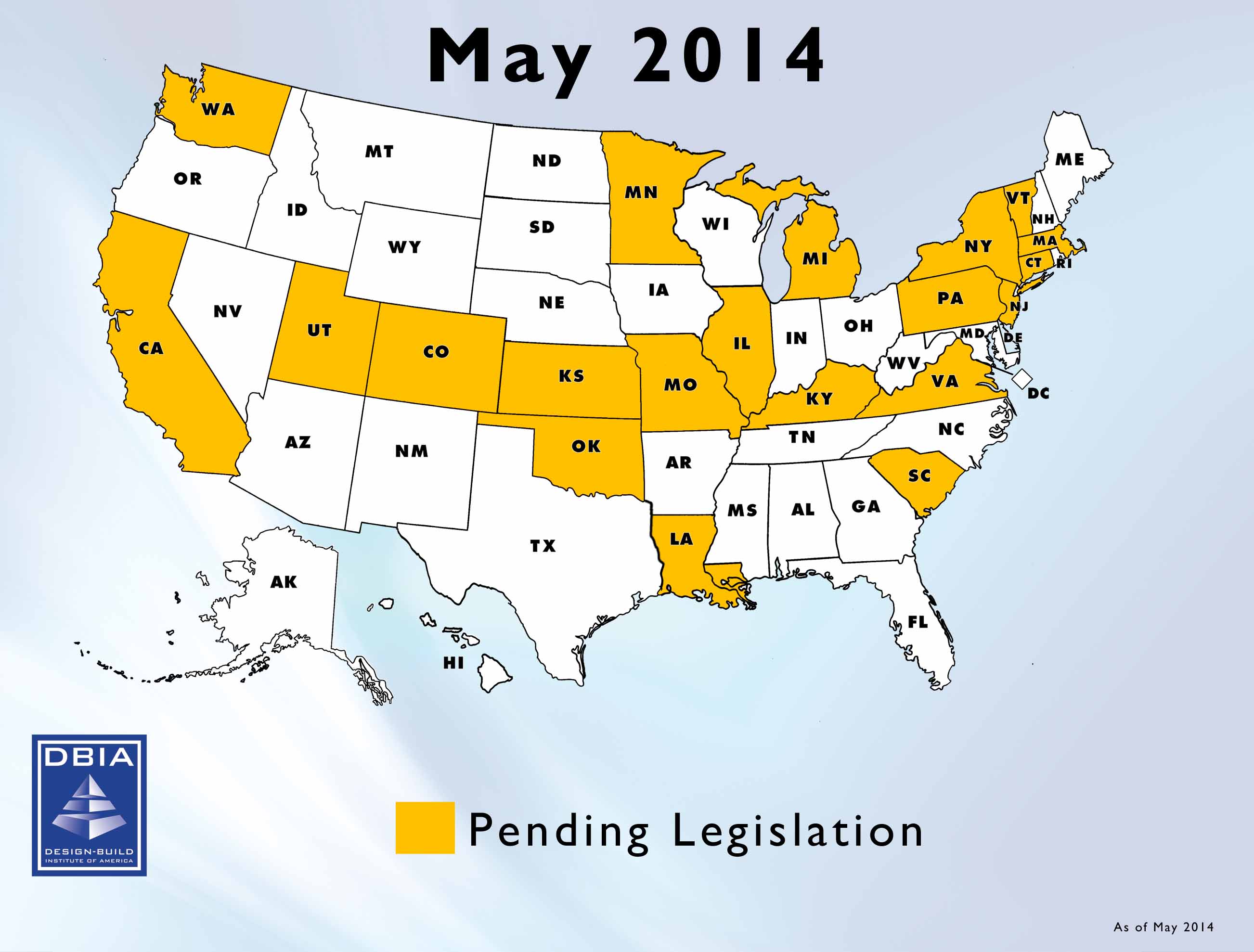 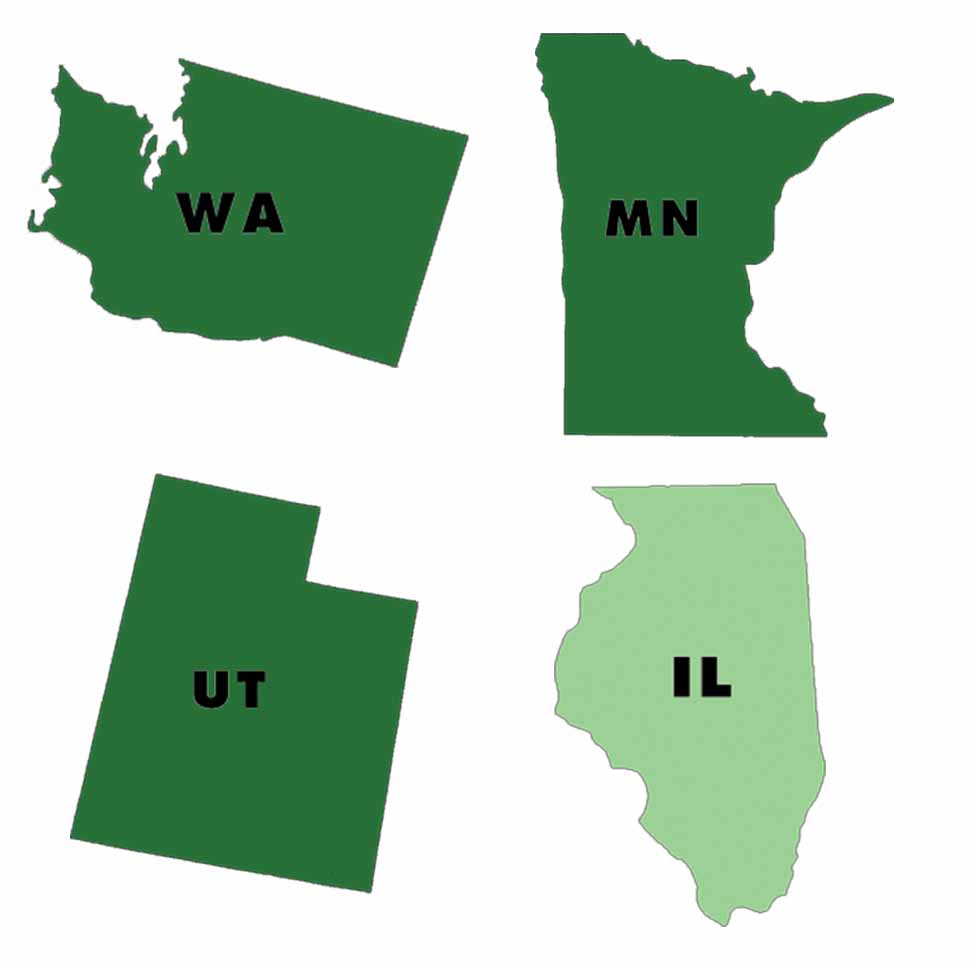 Some of our early successes this year include laws solidifying the power of design-build in four important states. In Illinois, we supported efforts to pass SB 492, which extends the State Building Commission’s design-build authority until 2018. We were involved in this effort early and were proud to watch it pass and be signed into law in January. In Utah, we worked to pass SB 190, revising contract types and definitions for rulemaking that made design-build even easier to use. This may seem small, but it is important.

In the state of Washington, we helped pass two significant bills that were both signed by the Governor in March. HB 2555 keeps proposals submitted for design-build projects exempt from public disclosure until the highest scoring finalist has been named or the selection process has been terminated. This is essential to ensuring companies’ bids, methods and advantages remain confidential, increasing the competitiveness of the process. We also helped pass SB 6001 which provides funding for two design-build projects: the I-405 Kirkland Stage 2 widening project and the SR 167 Puyallup Bridge Replacement. The two projects are high-profile in the state, so the fact that the legislation mandates use of design-build is a testament to how reliably design-build delivers high-quality infrastructure.

Similarly, in Minnesota we were successful in gaining passage of HB 677, a bill funding a new state legislative office building that specifically calls for using design-build to deliver the project. Following passage, however, there were nearly ten bills calling for new onerous requirements on design-build projects and repeal of HB 677. Thus far, we have worked to successfully block all of these bills or have the unnecessary requirements stripped out of the bill in the past few weeks.

Currently, both Missouri and New York allow design-build, but with certain limitations. There’s a chance that both of their statuses could change this year; Missouri for the better, New York for the worse.

In Missouri, Representative Casey Guernsey introduced HB 1945, which would authorize all local governments to use design-build on projects over $1 million. DBIA provided relevant data on design-build to Missouri Representatives and worked with our DBIA-Mid-America Region to have Bill Quatman (a member of the DBIA Board of Directors) testify in front of the House Workforce Development Committee. The bill passed out of the committee on a 7-2 vote, marking the first time a local design-build bill has passed out of a committee in Missouri. The bill should be up for a vote within the next month. Readers living in Missouri are encouraged to call their representatives and ask them to support HB 1945.

In New York, design-build authority for the New York Department of Transportation and five other agencies expires at the end of 2014 unless legislation extending it is passed this year. Reauthorization language made it into the Governor’s budget bill, but with special provisions requiring Project Labor Agreements on large design-build projects. This change made behind closed doors led to a major conflict between unions and industry and the subsequent removal of all design-build provisions in the budget. DBIA is still working toward an extension of design-build authority and will be meeting with legislative leaders and the administration in the next few months. However, no action is likely before the fall elections. We are working to ensure a special session is called later this year to take up this important issue.

Just because a state has significant design-build authority does not mean DBIA’s advocacy team moves on and stops watching developments there. As evidenced in Minnesota, with past success comes opposing efforts to undo our hard-fought gains. And, in states like Utah and Washington, there are still clarifications to be codified and new projects to fund. In Kentucky, we helped pass a bill authorizing all state agencies and local governments to use design-build and P3s, but we’re now working to overcome the Governor’s veto. Even in a state like Virginia, which has had design-build authority for over two decades, we still have pending legislation every year.

The growth of design-build since DBIA’s founding has been absolutely remarkable. Design-build is now the delivery method of choice in nearly 40 percent of non-residential projects, which is the direct result of the massive expansion in design-build authority we’ve seen on the state and local level. Be sure to check back to Design-Build-Blog for updates on all of our 2014 advocacy efforts.