;
« DBIA Education Becomes Easier Than Ever
What Do Great Design-Builders and the Washington Nationals Share in Common? » 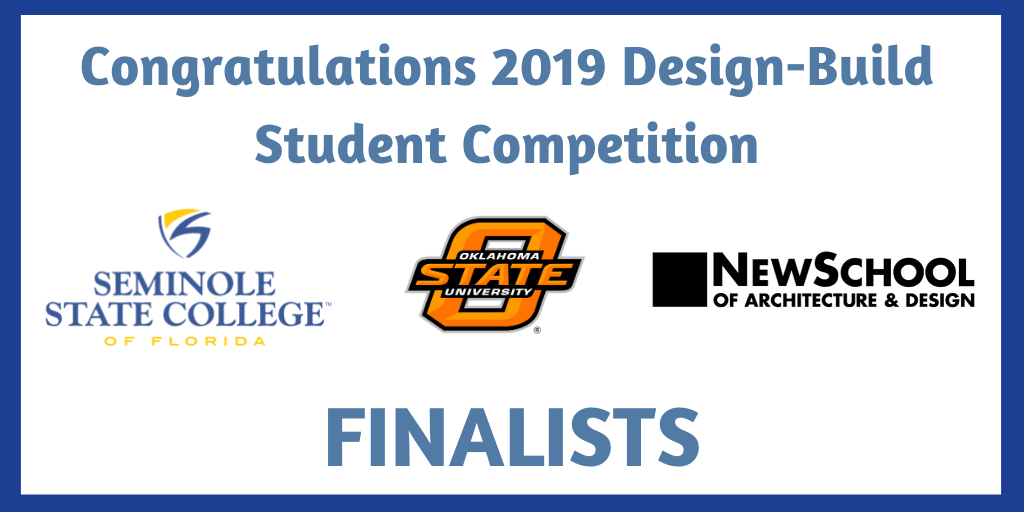 DBIA is proud to announce the three finalists in the 2019 National Design-Build Student Competition. Student teams from the NewSchool of Architecture & Design, Seminole State College of Florida and Oklahoma State University will advance to the final round of the competition.

The three student finalist teams will compete in front of a live jury and audience at DBIA’s upcoming Design-Build Conference & Expo on November 7 in Las Vegas. The teams will take questions from a panel of industry interviewers about their design and construction plans for a Performing Arts Center on a college campus in the United States.

The competition began at the regional level with 35 teams of students from 27 universities from across the country competing.  Nine regional winners were selected to compete in the second phase of the competition based on their response to the initial RFQ. An RFP was then issued to those nine and the top three finalists were selected based on their responses.

The winner will be announced at the 2019 Design-Build Conference & Expo in Las Vegas on November 8.