A state legislator, a state transportation official, a young professional and an industry practitioner make up the four individuals honored for leadership in promoting design-build project delivery.

Washington, D.C. – The Design-Build Institute of America, the only organization that defines, teaches and promotes best practices in design-build, has announced the winners of DBIA’s 2016 Distinguished Design-Build Leadership Awards. These awards are presented to individuals who have demonstrated leadership in the advancement of effective design-build practices and in the promotion of design-build as the project delivery method of choice. The award winners were announced during DBIA’s annual Design-Build Conference & Expo.

“These four people we are honoring are leaders in the design-build community who have distinguished themselves in advancing the understanding, availability and use of design-build project delivery as an effective and efficient delivery method. Their leadership in promoting Design-Build Done Right™ has been invaluable to the industry,” says Lisa Washington, CAE, the Executive Director/CEO of DBIA. 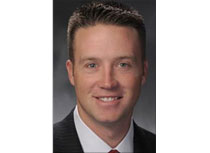 Rep. Lincoln Hough successfully sponsored and passed HB 2376, authorizing political subdivisions such as cities, counties and school districts throughout the state of Missouri to use design-build. His tireless work on the issue began in 2015 when he first sponsored the legislation and continued in 2016 because he understood the importance of this issue to the industry and public owners. This was a complex bill with many moving parts and interested parties. Rep. Hough skillfully negotiated compromises while standing strong on core parts of the bill. He is an example of a state legislator who is willing to work on challenging, practical legislation that may lack glamour, but truly makes a difference for his state and constituents. 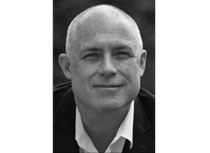 In addition to his notable achievements as an architect, Brett Tullis has pursued a busy second career as an educational volunteer, bringing the concept of design-build to people and students that have limited knowledge or experience of the profession. He played a vital role in establishing the only DBIA Student Chapter in southern California at the NewSchool of Architecture and Design, where he and members of his staff also served as advisors and design jurors for a mock student/professional design-build project. Mr. Tullis’s ability to promote design-build has had a lasting effect within his staff, students and the surrounding design-build community. 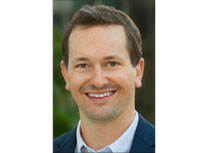 With degrees in Psychology and Construction Management, Dave McCool has a unique perspective on the impact of human behavior on team relationships and has become an advocate for the best practices that make design-build delivery most successful. Mr. McCool has advocated for DBIA’s Best Practices on a global platform, even writing a book featuring an exhaustive section on the benefits and correlation of BIM and design-build which is being translated into French and Chinese in order to be used in 25 universities worldwide. Most recently, he founded a global non-profit whose mission is to use technology to break down the silos of owner, architect, engineer and contractor in order to implement the teachings of DBIA. 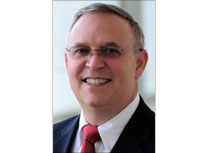 Darryl VanMeter volunteered to lead GDOT’s first design-build project more than 10 years ago. As a result of Mr. VanMeter actively partnering with the design-build team, federal partners and GDOT staff, the $80-million interchange project was a resounding success, completed in just 18 months. Since then, he has led the GDOT Office of Innovative Delivery, which has awarded nearly $2 billion of design-build contracts and Mr. VanMeter has convinced them to steadily adopt DBIA’s Best Practices. His advocacy within the department has been the catalyst for legislative changes that have widely permitted the use of design-build in Georgia, including Best Value selection. Mr. VanMeter’s tireless support for using DBIA Best Practices has led initial skepticism of design-build in the state to evaporate and use of the delivery method is now growing quickly.

Established in 1993, the Design-Build Institute of America (DBIA) is the only organization that defines, teaches and promotes best practices in design-build project delivery. Design-build is an integrated approach that delivers design and construction services under one contract with a single point of responsibility. Owners select design-build to achieve best value while meeting schedule, cost and quality goals. Learn more about design-build and DBIA’s certification and other programs at www.dbia.org.