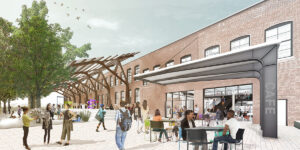 Gray, Inc., one of the nation’s leading design-build firms, and the Gray family, including DBIA Founding Father and Kentucky Department of Transportation Secretary, Jim Gray, have donated a transformative $5.2 million to build a new home for the University of Kentucky’s College of Design. In addition to bringing together the university’s five design programs into one facility, the engineering, business and design faculty will also work to create a new design-build curriculum.

The University of Kentucky News reports:

“This donation will allow UK to realize a renovation and revitalization of the Reynolds Building — a former tobacco warehouse that has been empty for several years — into a vibrant new space for Design’s five programs. It would be the first time that the college’s students, faculty, staff and programs would be housed in one location — a move that will also allow for even greater collaboration between the college and other programs across the campus, including Landscape Architecture, which will cohabitate with Design in the new structure and Biomedical Engineering, which will share studio space and curriculum with the new Product Design program.” 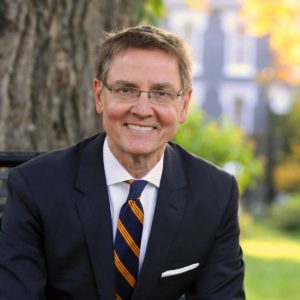 “As a family and on behalf of our team members, it’s the privilege of a lifetime to make this investment in UK’s College of Design, which includes the School of Architecture where we’ve had a special kinship for almost 50 years.” …Jim Gray, Secretary, Kentucky Department of Transportation and former president/CEO of Gray.

Decades ago, Jim Gray was among a handful of industry leaders who believed design-build was a better way to deliver projects. Their leadership created the Design-Build Institute of America and revolutionized the industry.

“When Jim Gray and four other A/E/C leaders met in 1993 with a mission of expanding design-build, even these founding fathers of DBIA likely didn’t envision design-build’s significant impact and use today. But nearly 30 years later, Jim Gray is still a staunch advocate of design-build, as demonstrated by this gift, which will pave the way for design-build curriculum at the University of Kentucky, furthering his legacy as one of the more impactful individuals in design-build.” Lisa Washington, DBIA Executive Director/CEO

The Gray Design Building is slated to break ground later this year and will represent one of the most significant examples of adaptive reuse on the UK campus. 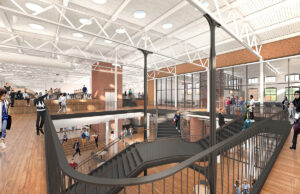