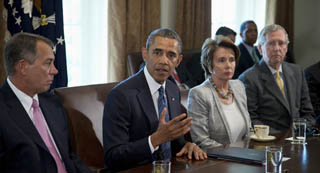 The government shutdown is finally over, but there’s already talk of another one in January when the funding runs out again. While watching the coverage of Congressional action (or inaction) around the shutdown, I was reminded of traditional project delivery: a lack of communication leading to costly delays. Thankfully, the design and construction industry is moving away from traditional delivery methods and embracing design-build as the premier integrated project delivery method of choice. Design-build is an integrated approach that delivers design and construction services under one contract with a single point of responsibility.

In traditional design-bid-build construction projects, designers and builders rarely communicate. Instead, an owner receives a full, detailed proposal from a designer, which is then bid out to builders. A builder attempts to construct the design, but often runs into problems in the field that result in change-orders. If there are a lot of change-orders, the price of the project increases leading the owner to demand accountability. The builder blames problems on the designer, while the designer blames them on the builder. In fact, the real problem is that in a traditional contracting method the designer and the builder weren’t working together on a project in the first place. At times, a misunderstanding of who is in charge of a project can also exacerbate delays and problems because there isn’t one single person who acts as the point of responsibility.

This is a similar situation Congress experienced before the shutdown. The House and the Senate had two different proposals and never communicated to work out the differences. Instead, the House and Senate kept sending each other different versions of the funding bill without having a conference. During the shutdown, different members of Congress were proposing various solutions, and it was difficult to keep track of who was really in charge. It wasn’t until the very end – after the economy had lost billions of dollars in GDP, and the government had been shut down for three weeks – that they came together to create a unified proposal.

Congress, of course, was not designed to act with pure efficiency. The United States Constitution sets up a slow process purposefully, and its necessities are rooted in hundreds of years of history and precedent. The design and construction industry, however, has the opposite history. The singular responsibility for design and construction was codified in Hammurabi’s code, and used for centuries. It was only recently that design and construction services began to separate (for more on this see our History of Design-Build section). Thankfully, DBIA has been teaching and promoting design-build for the past 20 years, and we can now use design-build to avoid the problems Congress recently ran into.

In design-build projects, the architect and contractor collaborate right from the beginning, and an owner reviews comprehensive proposals from design-build teams. Once a proposal is chosen, work can begin immediately before a design is even finalized (because you don’t need to know the furniture layout to begin digging a hole). Any changes that may need to happen are addressed by the joint design-build entity, not used as excuses. Additionally, there’s a single point of responsibility to ensure everyone knows who to contact for questions, or concerns.

DBIA is proud of the work we do to teach and promote best practices in design-build project delivery, and we’re so excited to see design-build’s share of the market growing exponentially since our organization’s inception. While Congress may continue to experience gridlock, we are happy to be a part of a movement to improve project delivery on the federal, state and local level so that the building of schools, hospitals, bridges and airports won’t get shut down.