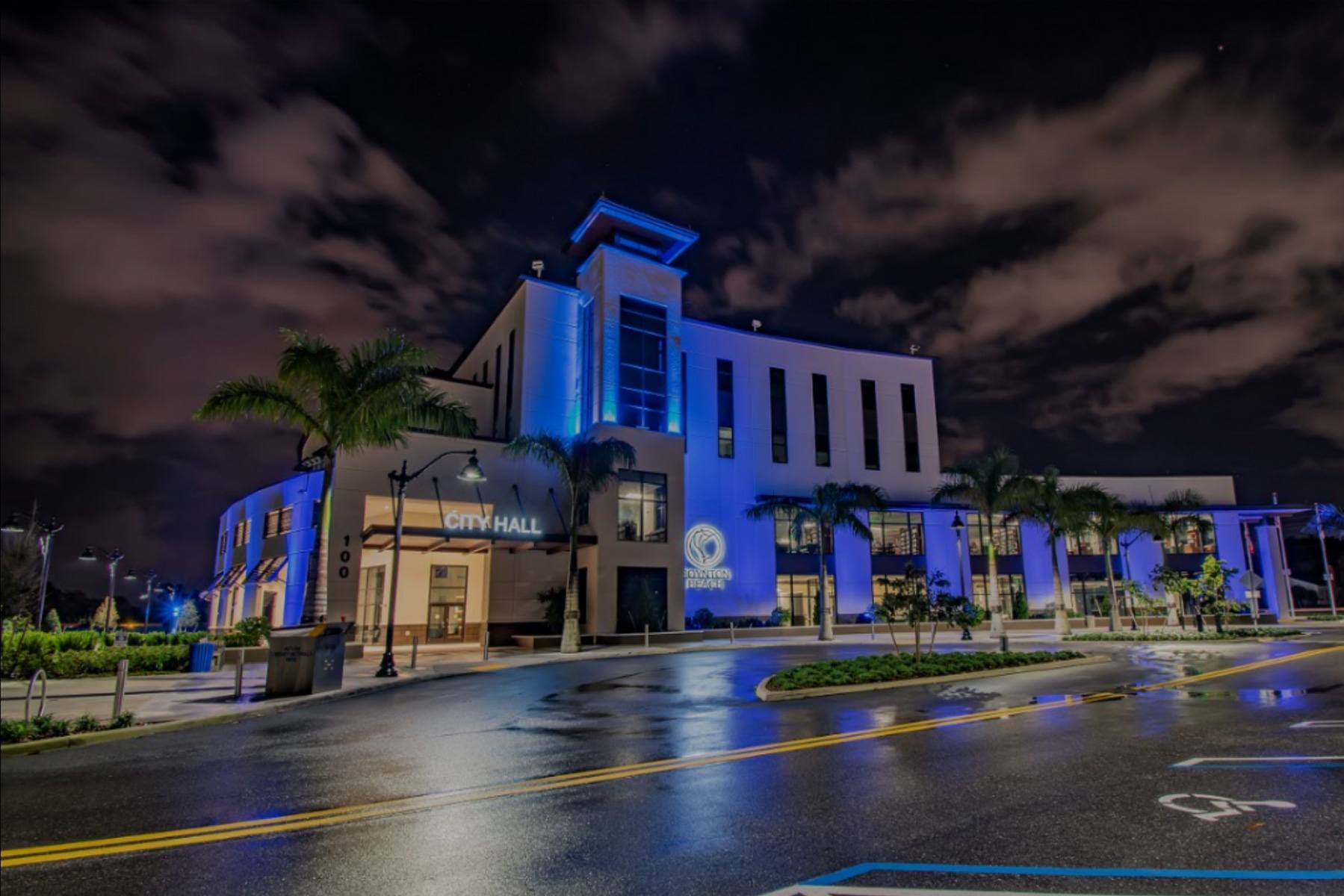 The new 102,000 SF, 4-story City Hall and Library facility is a tilt-up and steel structure building including spaces for the city management staff, building department, commission chambers, community space, a public library and space for a future café. The City initiated a master plan for the redevelopment of 16 acres into a pedestrian-friendly town center to live, work and play. The City Hall and Library facility, along with its open space program, was designed to invite and promote private development in the area with the redevelopment’s added amenities and enhanced public safety criteria. This project was unique in that it houses many city departments, each with functional requirements. Throughout the project, the team was challenged to further refine the design even throughout construction. The city’s architect collaborated with the team to resolve issues and review user group requests.

Delivering More for the Community Thanks to Design-Build

This unique P3 project was complex and the first of its kind attempted in the State of Florida. The city had to move out of their existing city hall and library facilities and into temporary leased spaces during demolition. Time was of the essence to avoid extended leases and extra costs. To facilitate this expedited schedule, the City of Boynton Beach provided an early work permit for foundations and tilt wall panels. The city had never provided separate permits for early work packages such as these and it was a process the design-build team and the city worked through together. As the project progressed, the Owner continued to push their vision of a world class facility and a new beginning for their downtown district. They enhanced the project program by adding $2.5 million of scope from their own contingency funds including a significant playground four times the size originally planned and outdoor amphitheater two times larger than originally planned, as well as increased safety and security for the public. All the additional work was completed within the original project schedule. 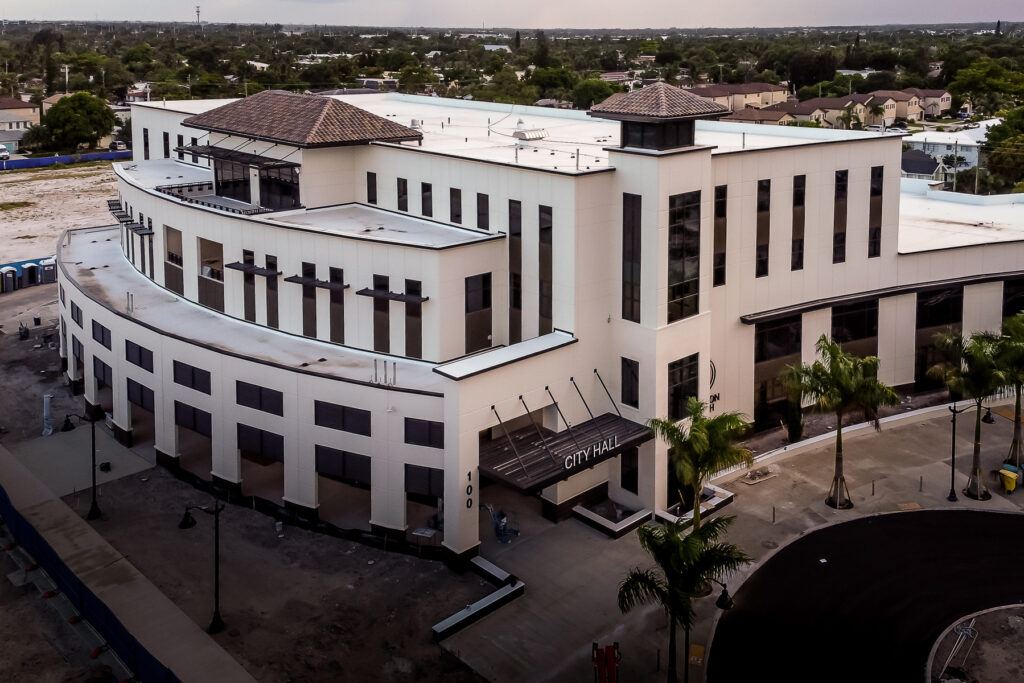 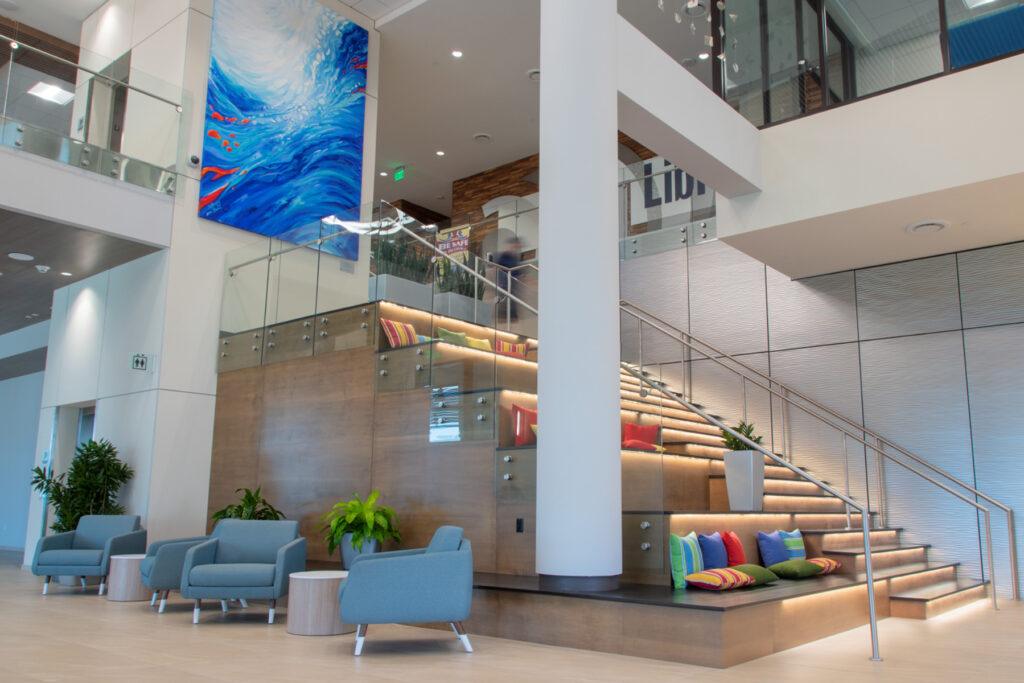 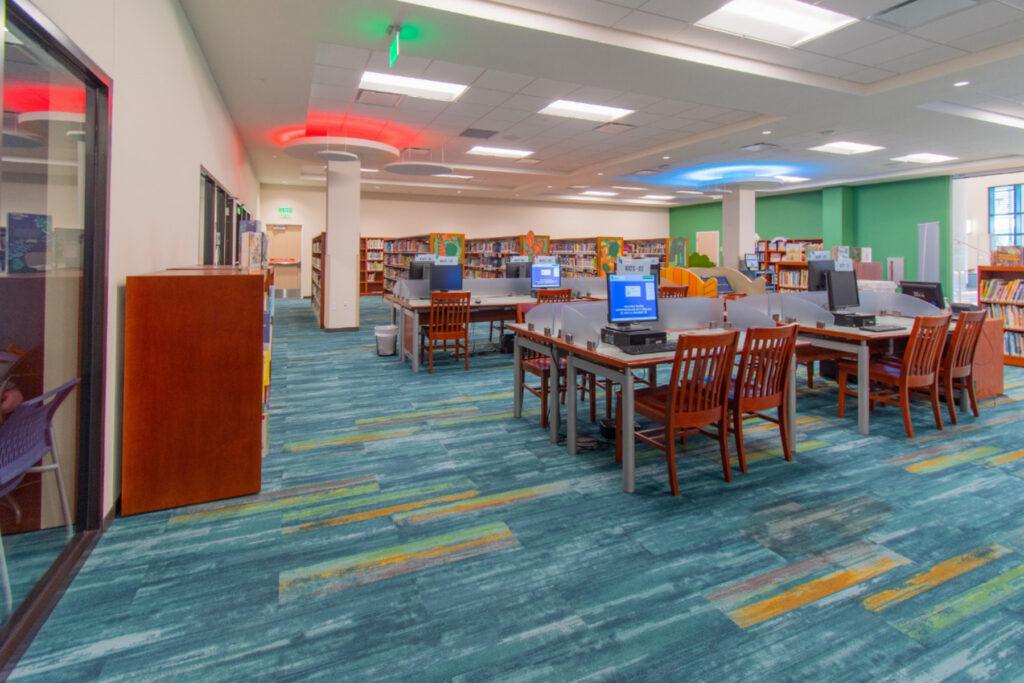