The new Champ Clark bridge replaced a structurally deficient and functionally obsolete crossing of the Mississippi River that opened in 1928. Since the project crossed state lines, a federal TIGER grant was given in recognition of its critical importance to the region. This five-span steel plate girder bridge overlooks the Mississippi River, with key improvements being made on each state’s side as well doubling the existing bridge’s width. On the Illinois side, work included reconstruction and raising of a critical levee, and on the Missouri side, the rehabilitation and expansion of the adjacent intersection, which included drainage improvements and enhanced lighting. This project is the first time the design-build delivery method has been used to cross the Mississippi River in an eight-state region and the first design-build project for IDOT.

Bringing States Together Through Design-Build

Right from the start, the new Champ Clark Bridge was up in the air. Faced with a structurally deficient and functionally obsolete bridge nearing a century of service, an extensive list of project goals, and a tight budget, MoDOT and IDOT had a daunting task. With a focus on the “right-fit” team and the best value proposer rather than the lowest cost bidder, the two DOTs needed to ensure that they would deliver on their commitments to taxpayers and the traveling public. The project’s success was a direct result of the project team’s unfailing diligence to the design-build process. By leveraging previous experience, specialized expertise, and design-build knowledge and processes, the team came together for a successful effort to build a landmark structure across the Mississippi River – bridging two states through the power of design-build. 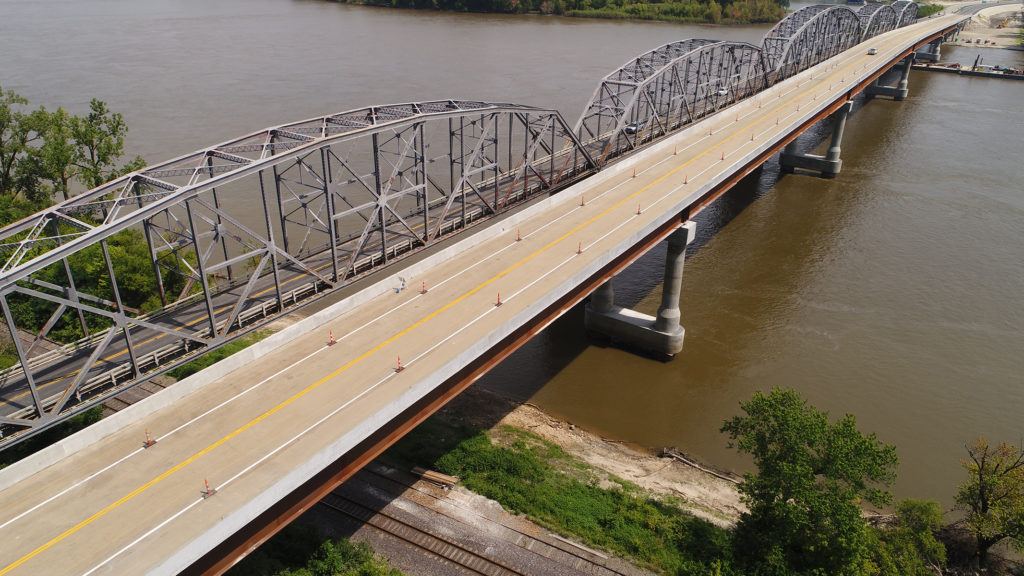