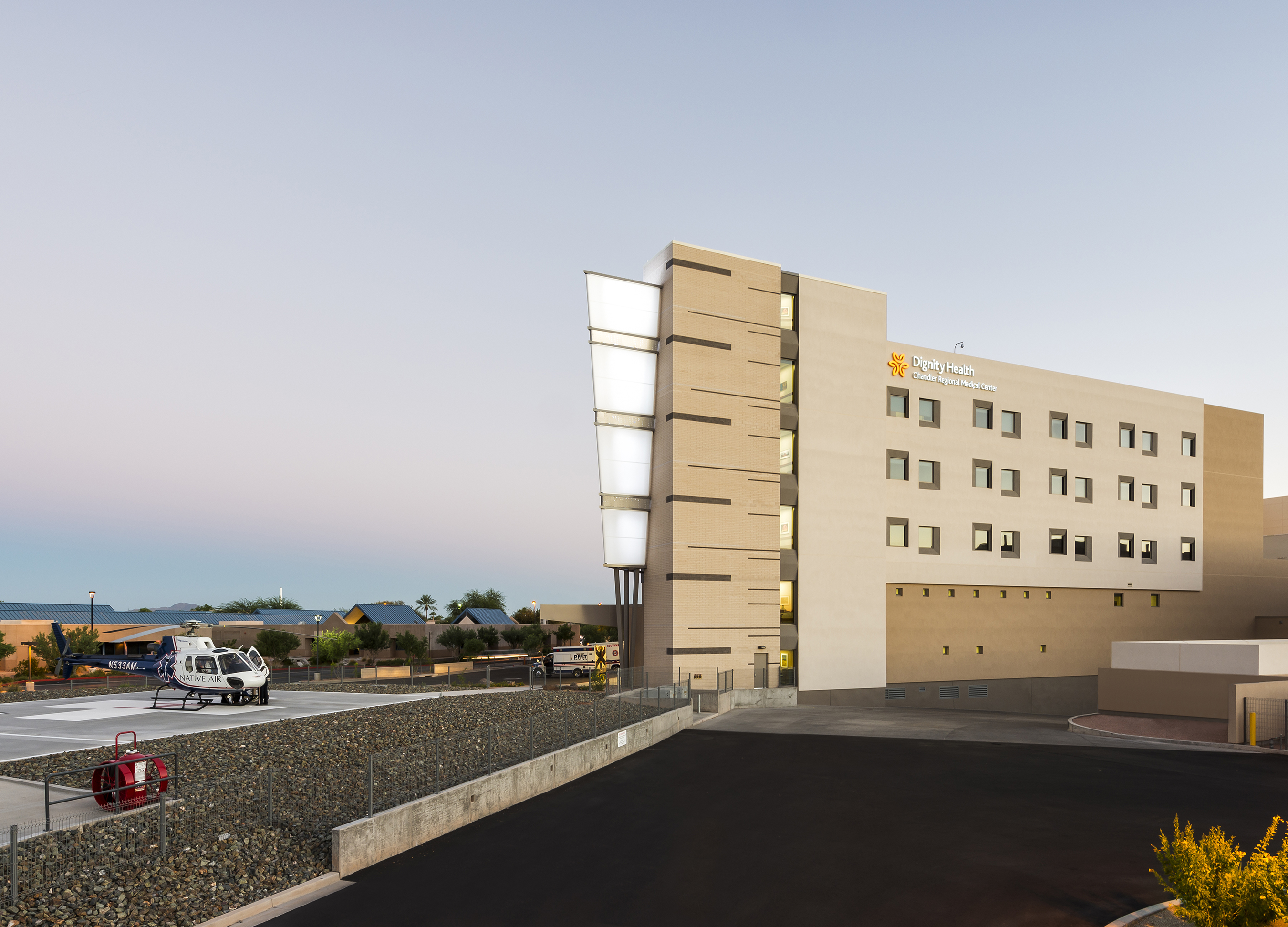 The client turned to design-build to streamline delivery and reduce the risk of their capital improvement projects. As a result, the design-build team conducted constructability reviews of design documents, which enabled the team to formally identify high-risk areas of potential conflict to resolve prior to construction. The design-build model was especially conducive to working around and on top of an active, functioning hospital. It is inherently a cohesive, integrated process that incorporates multiple stakeholder requirements. Rooted in collaboration and dedicated to honoring Dignity Health’s Mission, Vision and Values, a collective commitment was made by the architect, contractor and owner to involve all stakeholders from Leadership through the end users during the design and construction phases. This cooperative environment was best exhibited as the owner came up against challenges securing additional capital and was forced to ask the design-build team to “slow down, but continue to proceed.” According to a testimonial from the owner, “Even with a handicap like that, [the team] still finished ahead of schedule.”

Organized by departmental service lines and overseen by a core group of corporate and facility leaders, the design-build team sought to create solutions to expand the hospital’s services to serve the growing needs of the Chandler, Arizona, community. A total of nearly 180,000 square feet were added to the existing facility and major program components were added. The additions included a new Level I Trauma Emergency Department consisting of 11 triage positions, 4 trauma rooms, 31 treatment rooms, and 15 fast track rooms which support approximately 85,000 annual patient visits, 6 additional operating rooms (OR), new pre/post-operative procedure units which support a total of 16 ORs and other procedure rooms, new patient unit floors, and 64 medical/surgical patient rooms (32 beds per floor). While the goal was to complete the project as quickly as possible so the hospital could start generating revenue, the design-build approach allowed the project to be completed nearly four months ahead of schedule.