Transportation (other than Aviation) 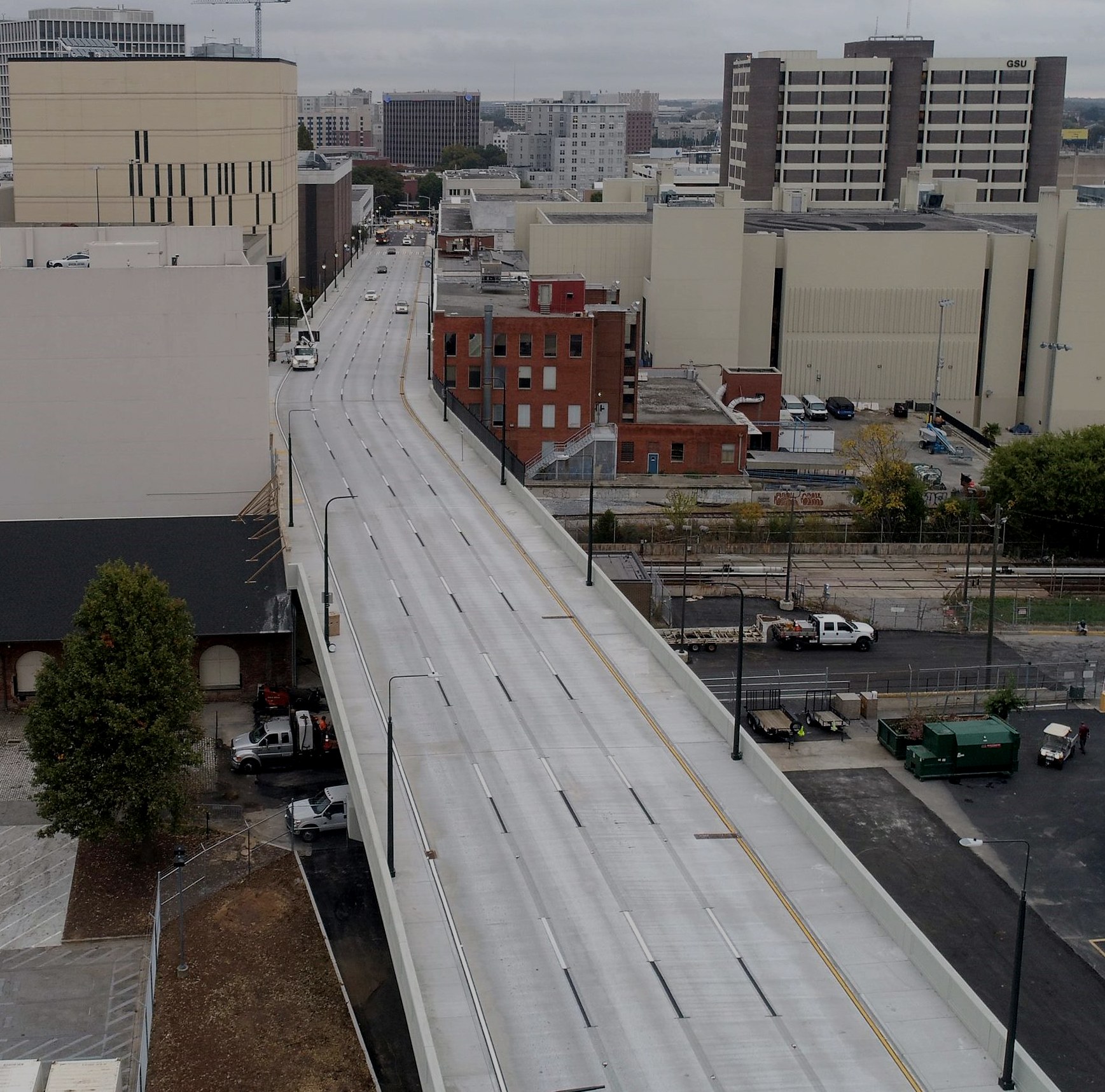 The Courtland Street Bridge Replacement project is located in the City of Atlanta near the Georgia State Capitol building and serves as a major thoroughfare through the downtown campus of Georgia State University (GSU). Originally built in 1906, the bridge crosses over two Metropolitan Atlanta Rapid Transit Authority (MARTA) tracks, two CSX Railroad tracks, and Decatur Street. Under the original design-bid-build concept, the closure duration for the reconstruction of the bridge would have been at least 18 months but by using design-build and Accelerated Bridge Construction, the total roadway closure time was five months. The speed of the project eliminated disruption to events occurring within the downtown area, namely the General Assembly of the Georgia State Legislature and the 2019 Super Bowl hosted at nearby Mercedes Benz Stadium. It also minimized daily impacts to stakeholders including GSU and commuters.

A Commitment to the Past, Present and Future of the Project

Two of the most important goals for this project were to preserve the historical aspects of the original bridge while also reducing the impact that construction would have on the local community, especially considering the central location of the bridge in the middle of Atlanta. By focusing on designing solutions that were central to these goals, the team was able to embrace alternative methods to the original ideas that accelerated the schedule and provided an overall better experience. By not only embracing design-build but Accelerated Bridge Construction and Alternative Technical Concepts as well, this allowed those involved to focus on the past through historic preservation, the present by diligently satisfying all affected stakeholder concerns related to building access and safety, and the future by building a concrete plaza to GSU to build a greenway. This project is an example of how design-build delivers exceptional projects, no matter the size or budget.