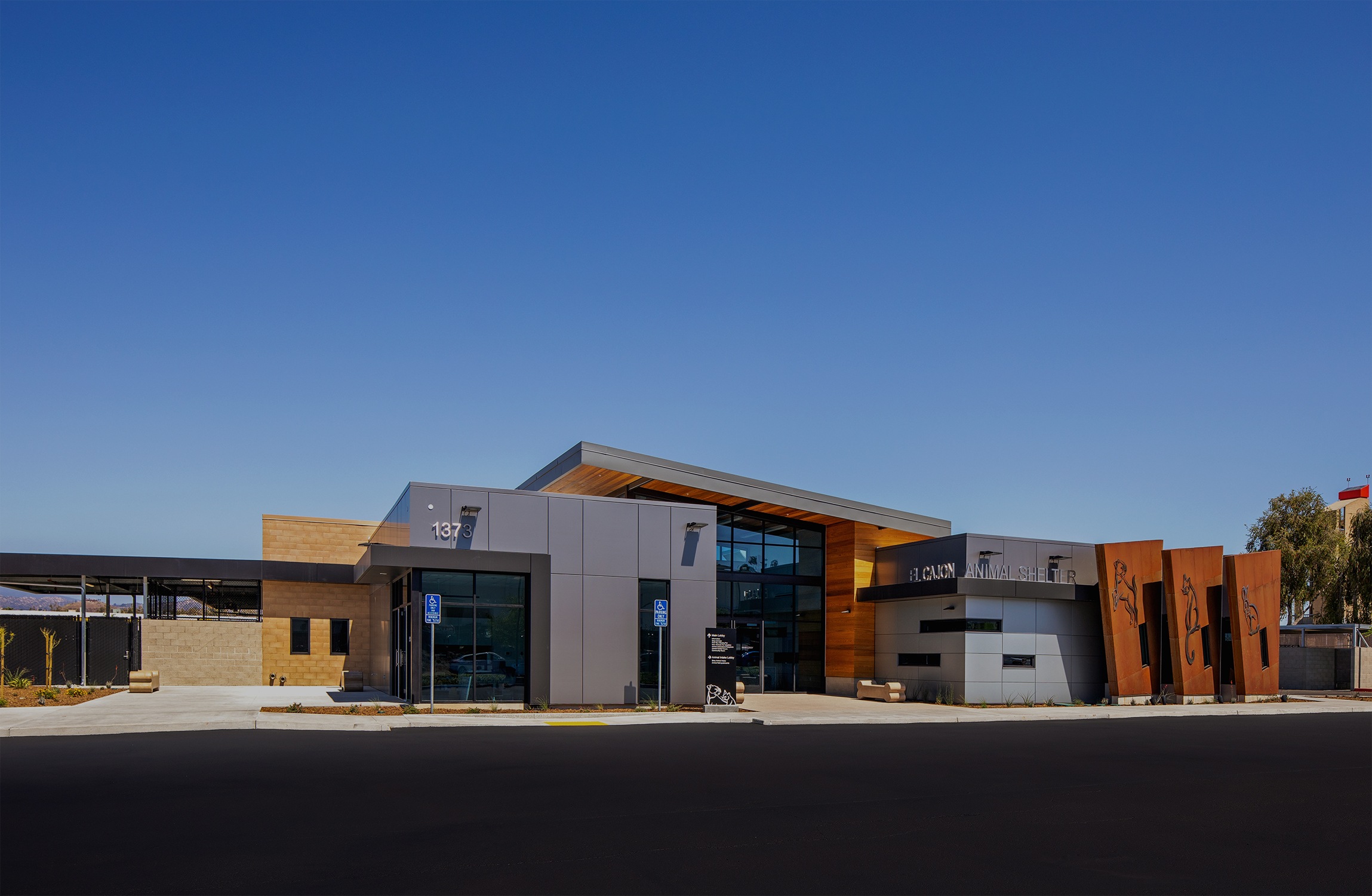 The new single-story, 15,000 square foot El Cajon Animal Shelter is a state-of-the-art facility that opened to the public in June 2018. It is nearly triple the size of its predecessor, and the new facility provides animal care services for El Cajon and La Mesa, including pet adoption services, housing for dogs, cats, small mammals, and reptiles, veterinary services for sick and injured animals, grooming areas, play/interaction areas, exercise yards, retail for pet supplies, and administrative offices. It has up to 7,000 square feet of entitled expansion to accommodate future programs.
The shelter has the capacity to house 218 animals, evenly split between cats and dogs with approximately five percent designated for small mammals and reptiles. Kennels are expandable to allow dogs to move freely between interior and exterior environments, offering flexibility to accommodate population spikes, and provide ease of maintenance for cleaning staff.

The first design-build project for the City of El Cajon turned into a great success for the city and the El Cajon Animal Shelter. By implementing design-build, the City of El Cajon leveraged early contractor feedback by receiving pricing at every design milestone. This allowed the team to build a unique facility that reflects the identity of the animal shelter and its goals. A ‘Fear-Free’ design goal meant that each decision was made to provide maximum benefit for the animals that would be visiting, and housed in, the shelter. By embracing the project-first mentality, the team was able to come together and create a model that the city will look to for future design-build projects.