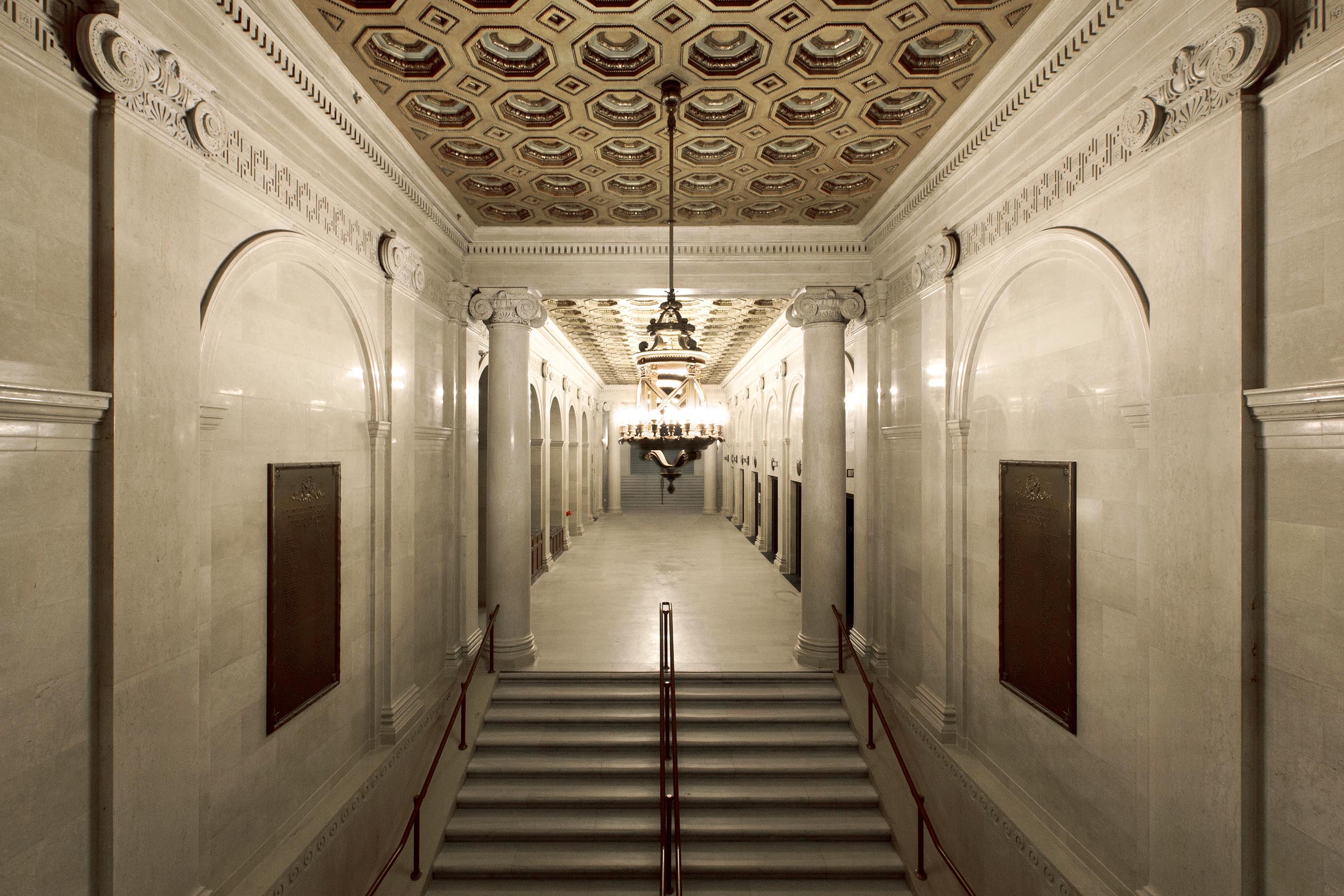 Because the project was equal parts structural retrofit, historic restoration and complete tenant improvement, design-build offered the optimal solution for all stakeholders. The team held multiple work sessions with individual user groups to capture their specific requirements. Those requirements were then vetted and priced to provide a complete financial picture to the owner. Furthermore, as a historic restoration, seven months into the schedule Clark discovered that all of the steel frame members, which were encapsulated in concrete fireproofing, were coated in lead-based paint. This finding and resultant effort required Clark to establish new protocols for not just working in a hazardous environment, but for the extensive cleaning and testing of those areas before non-lead impactful activities could commence. However, due to effective collaboration and adjusting of schedules, the project was still completed on time.

For seven decades, the Hall of Justice was a significant piece of American judicial history. Originally constructed in 1925, the building was home to the Los Angeles County Sheriff’s Department, Coroner’s Office, County jail and dozens of courtrooms. The ornate building was damaged during the 1994 Northridge Earthquake and deemed structurally unsound for continued occupation. For 20 years, the Hall of Justice sat dormant, falling deeper into disrepair. Los Angeles County sought to re-open the building, an effort that would require a structural retrofit, historic restoration and complete tenant improvement. A team led by Clark Construction Group was awarded a design-build contract to repair and restore the Hall of Justice and, in just three years, delivered a modern, functional facility that retained the building’s historic elements. The Hall of Justice is a unique and intricate building that enhances Los Angeles’ downtown skyline. This restored facility serves, once again, as the headquarters for the LA County Sheriff’s Department as well as the District Attorney’s office.