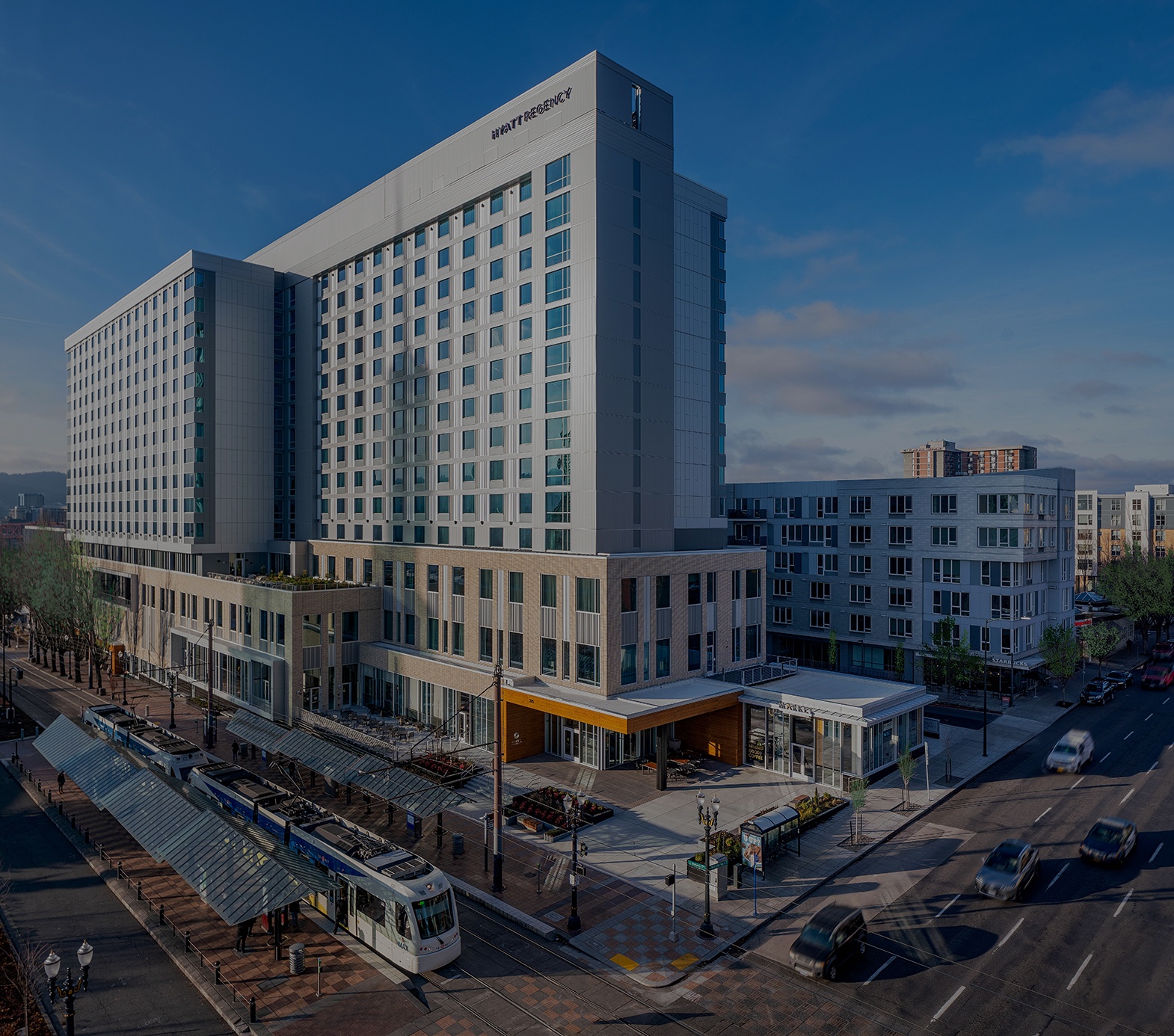 The Hyatt Regency is located near the existing Oregon Convention Center in downtown Portland. This new full-service hotel consists of over 440,000 sq ft of design-build space. Given the project’s large and diverse team, the key challenge was keeping focused and accountable to the project’s fundamental goals. Design-Build Done Right® provided a framework of trust, collaboration, commitment, professionalism, processes, and tools to break the work into manageable pieces and create goal-oriented solutions for each part of the project. Team leadership created an environment of “safety to innovate”, fairness, accountability, and single-minded focus. Additionally, surplus contingency dollars for the Hyatt were spent on upgrades and additional scope for the project. This successful project will continue to be an economic engine producing for the Portland community and the local and regional economy for years to come.

Since the Oregon Convention Center was built over forty years ago, there has not been a large headquarters hotel nearby that could support large conventions. As the Convention Center expanded in size and capabilities, the need for the signature hotel grew. After completion, the hotel directly resulted in 25 future convention groups booking 129,863 rooms in one year alone. An increase in overnight bookings delivered an estimated additional $650 million in annual convention-related tourism spending leading to the generation of $5.6 million in new state tax revenues and $4.7 million in new local tax revenues.

To achieve their goal of having an equitable and inclusive workforce, the design-build team utilized early engagement with disenfranchised DBE/MBE/WBE businesses through community and industry open houses, project presentations at networking events, and teaming with specialty groups. As a result of these efforts, the team surpassed their goal and this project contracted 28.8% of direct design and construction costs to certified DBE/MBE/WBE firms. 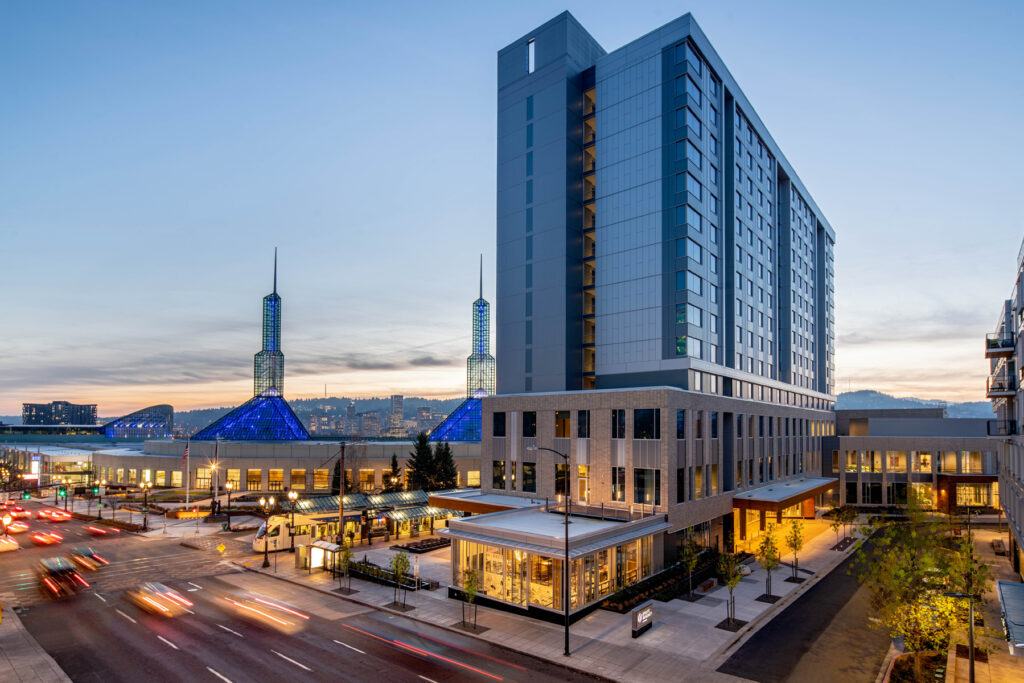 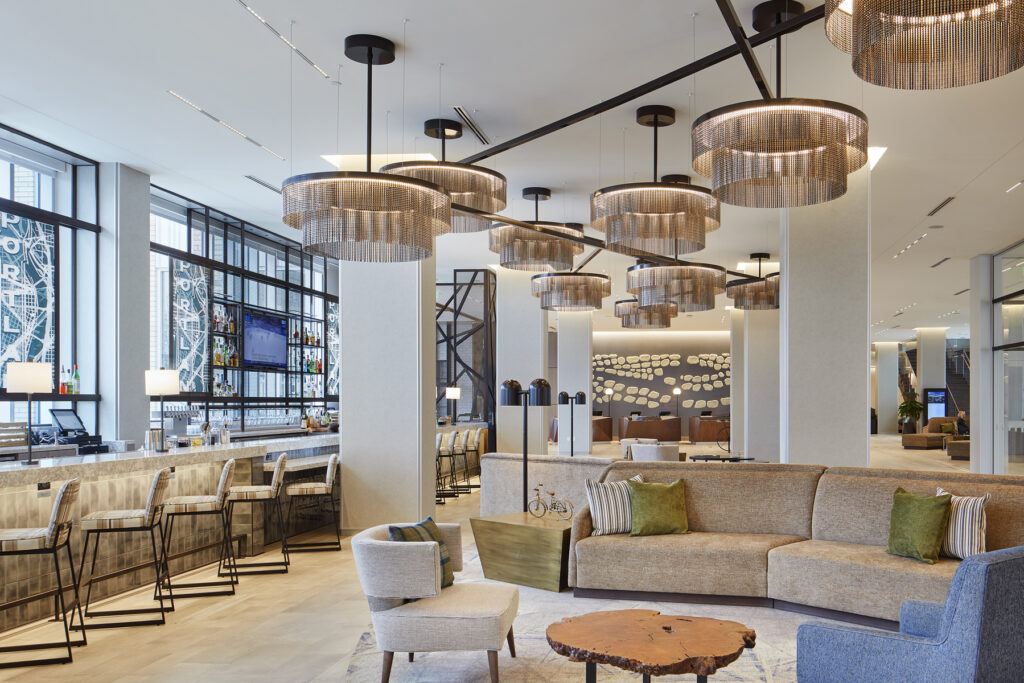 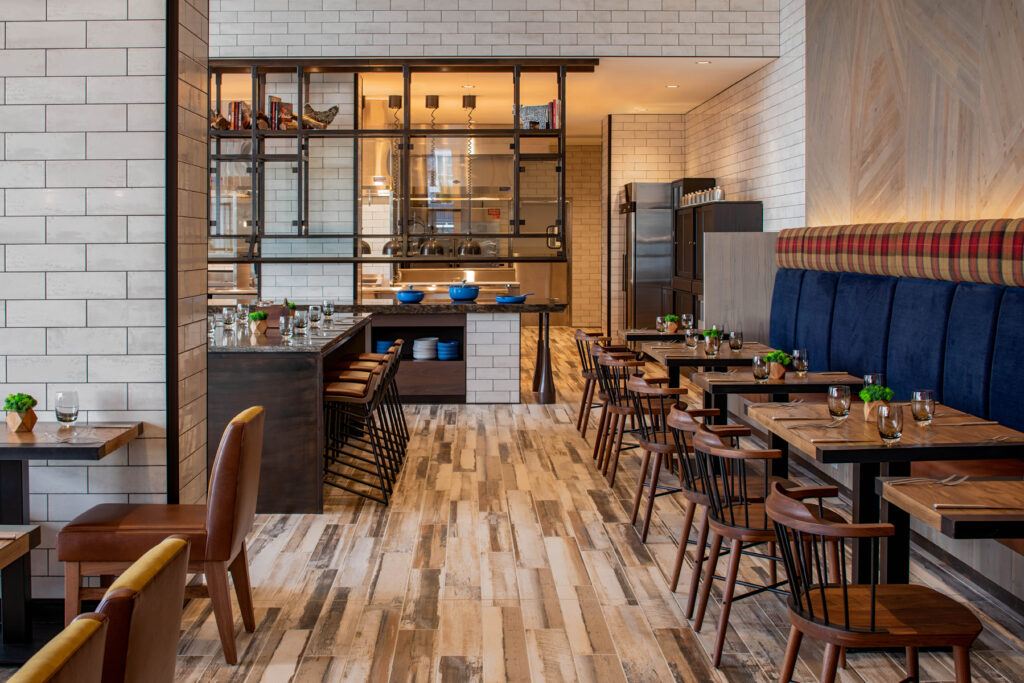