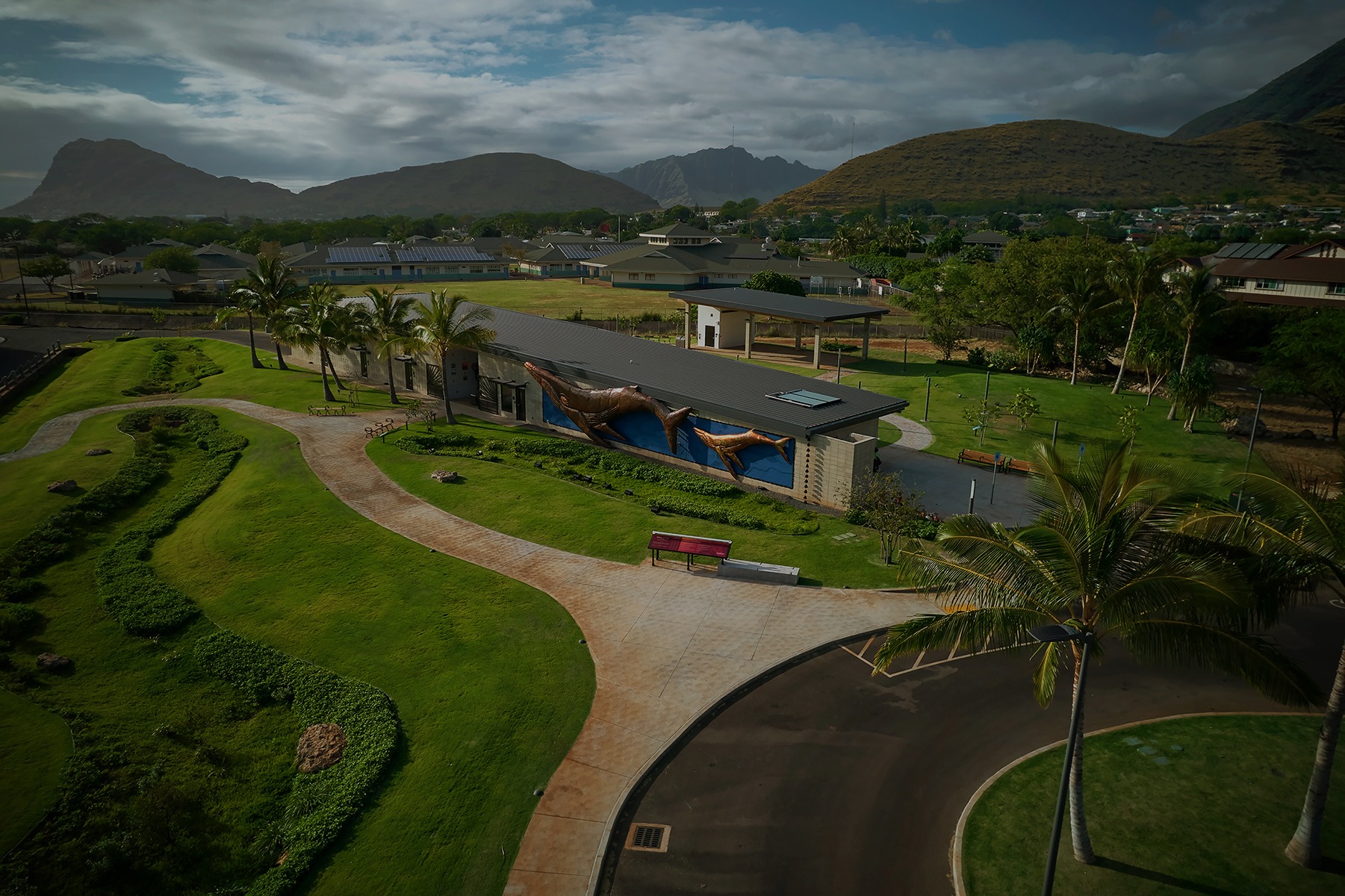 Built to honor Dr. Agnes Kalanihookaha Cope and native Hawaiian culture, this project created a new community asset that demonstrates how design-build can maximize budget and provide added value. The process began with a Partnering Meeting shortly after the award that set the foundation for success. As the client’s first design-build project, the workshop’s main goal was education to ensure everyone understood their role in the iterative design process. The trust, respect, and communication channels developed at this meeting paved the way for the team’s success. Staying within budget allowed for many project betterments with the most significant being an additional 40% of building space. The design-build process was also key in mitigating the site’s challenging soil topography and type – solid coral rock with only 12 inches of cover. The client said this project’s success convinced them to use design-build delivery on future projects.

New Community Center Builds Upon the Legacy of Local Leader

Inspired by the work of Dr. Agnes Kalanihookaha Cope (known fondly as Auntie Aggie),
Kamehameha Schools (KS) wanted to “Build Hawaii” when developing a new community center on the coast of West Oahu, home to the state’s third-largest native Hawaiian population. The new center offers programs emphasizing native approaches to health, education, and environment, with career development and learning programs for the area’s emerging industries, including health, education, and agriculture. This new 7,700-SF facility includes a large multi-purpose room that divides into three smaller spaces, a covered lānai for hybrid indoor/outdoor gatherings, and ample space for outdoor learning and community gardens. The sculpture of two copper whales (mother and calf) affixed to the building was a true community project, created and donated by a local artist who knew Auntie Aggie and recruited the help of more than 2,000 local children to pound the copper into shape. 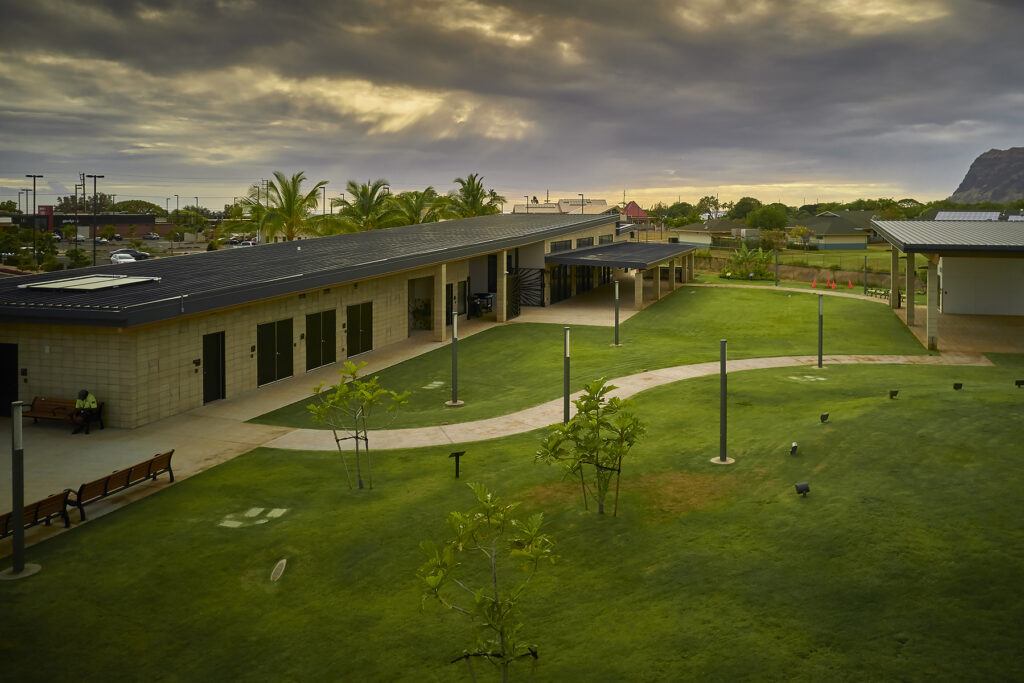 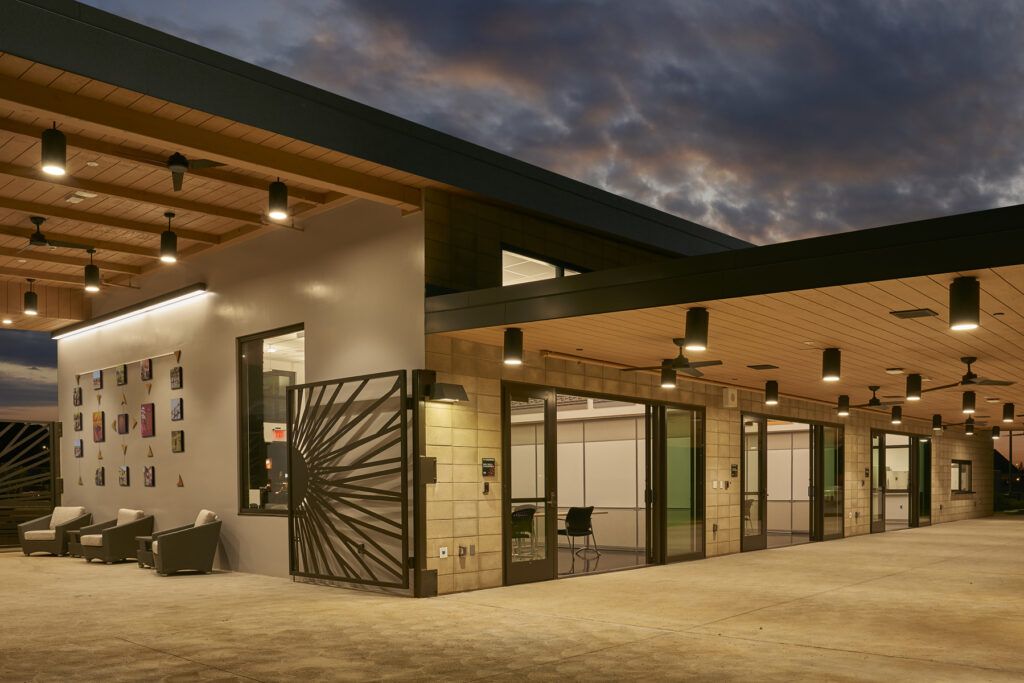 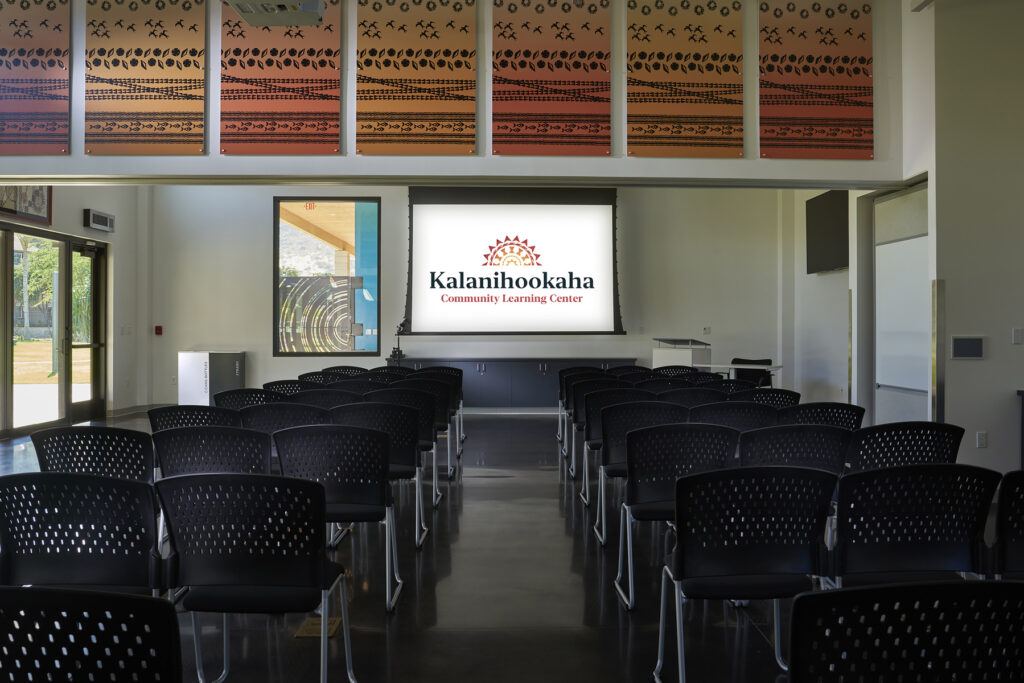