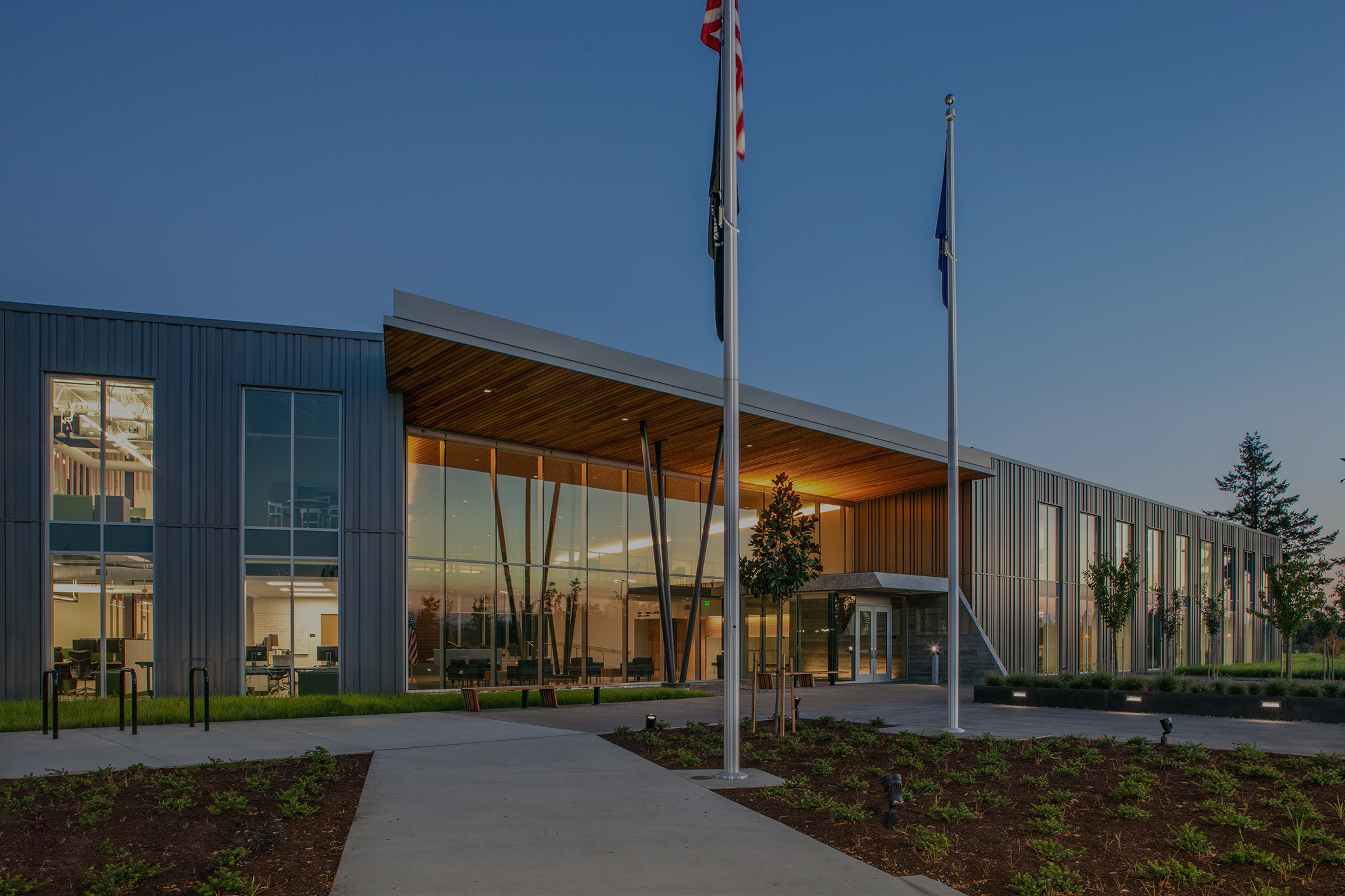 The Major General George White Headquarters is a two-story, 55,000-square-foot building that serves the Oregon Army National Guard and the Air National Guard. It’s a headquarters meeting strictly defined security and sustainability standards, while also implementing a design to ease the cultural shift toward a more modern workplace. To shift the culture toward more transparency and collaboration, the team developed an open-office scheme that centralizes enclosed offices and democratizes access to light and views. The resulting building is operationally low cost, safe and sustainable. The facility was also delivered to act as an emergency response command center during times of crisis in Oregon.

The Headquarters physically represents the cultural shift of the armed forces from a traditional employer to a contemporary one: the innovative open-office space and extensive use of glass/daylighting significantly upgrades the workplace environment for staff members accustomed to bunker-like facilities. The combined successes of providing an innovative-and-open LEED Gold workplace along with the resiliency that will allow it to withstand serious security threats and natural disasters is a testament to the success of the design-build team delivering on aspirational mission-critical goals within budget.