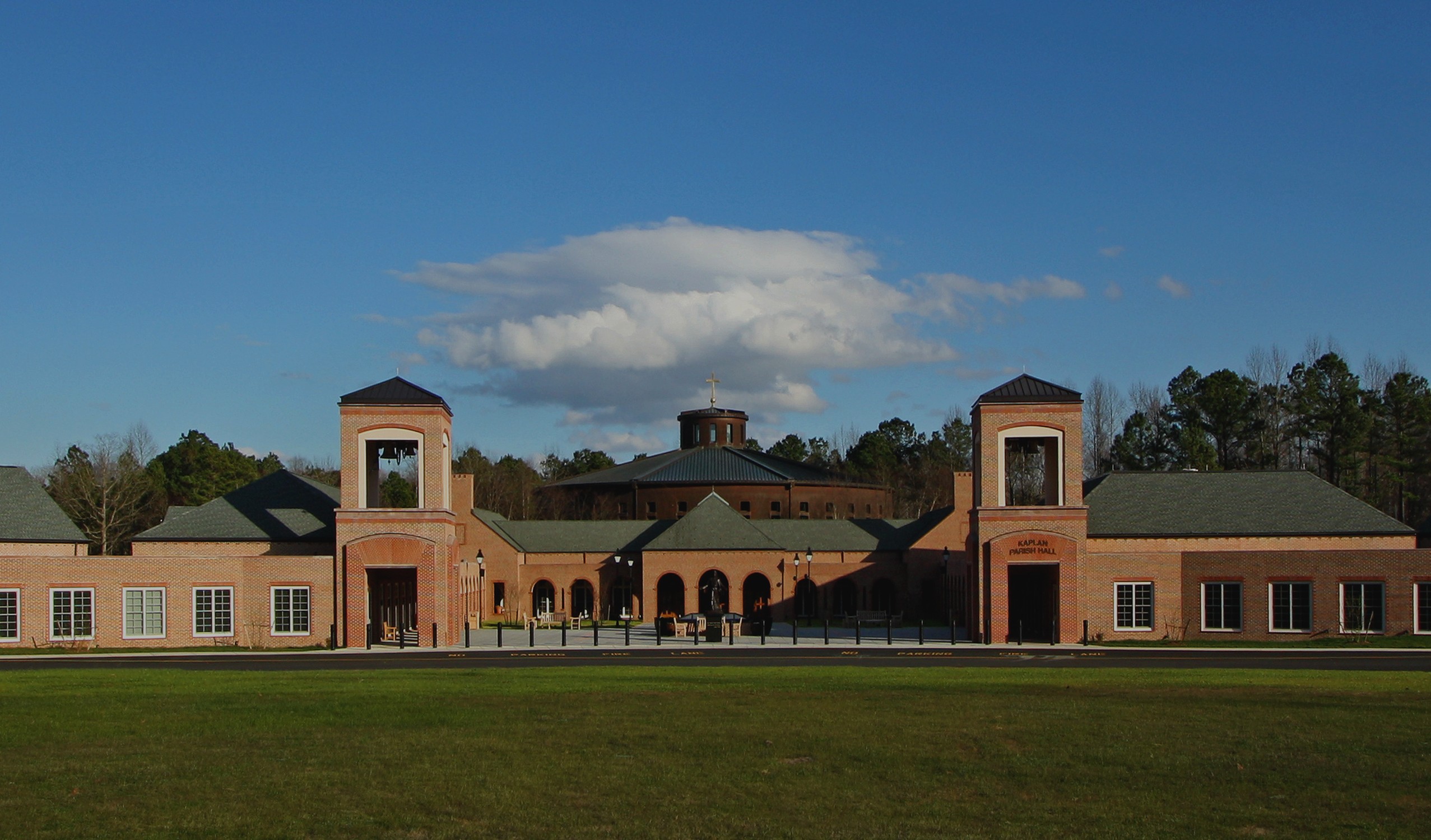 St. Bede Catholic Church’s Expansion had an original master plan that included two phases. This project, Phase Two, resulted in the creation of three wings within the church: an Education Wing, a Fellowship Wing, and an Administration Wing. Two of these wings were placed in the general footprint of the Masterplan, forming a central outdoor courtyard at grade level that could be used for gathering. The third wing was constructed under the new courtyard and is accessible to both wings. St. Bede’s need for fellowship space, education space, and administration space continued to grow throughout Phase One of construction. When it came time to construct Phase Two, the needed space to house the growing congregation in these three aspects of the church were greater than originally planned by the Masterplan. However, the desire to keep the massing of the two wings lower and so that views of the worship space would not be obstructed, did not change. The exterior of the building was designed to make this new addition appear as if it was built at the same time as the original church, an addition with a square footage totaling 40,000+ feet.

Since the original master plan for this expansion only called for two proposed wing expansions, the team had to be creative to include a third wing expansion while following the intent of the original plan. The creative solution to construct the third wing underneath the courtyard not only allowed for the buildings to follow the original master plan, but provided the additional space needed to house the Church’s more expansive programs. In so doing, the project allowed for a wonderful solution for a church and congregation that had grown rapidly over the years, and was such a success that the A/E team on the project resumed working with the church less than a year after the project’s completion to discuss future growth opportunities.