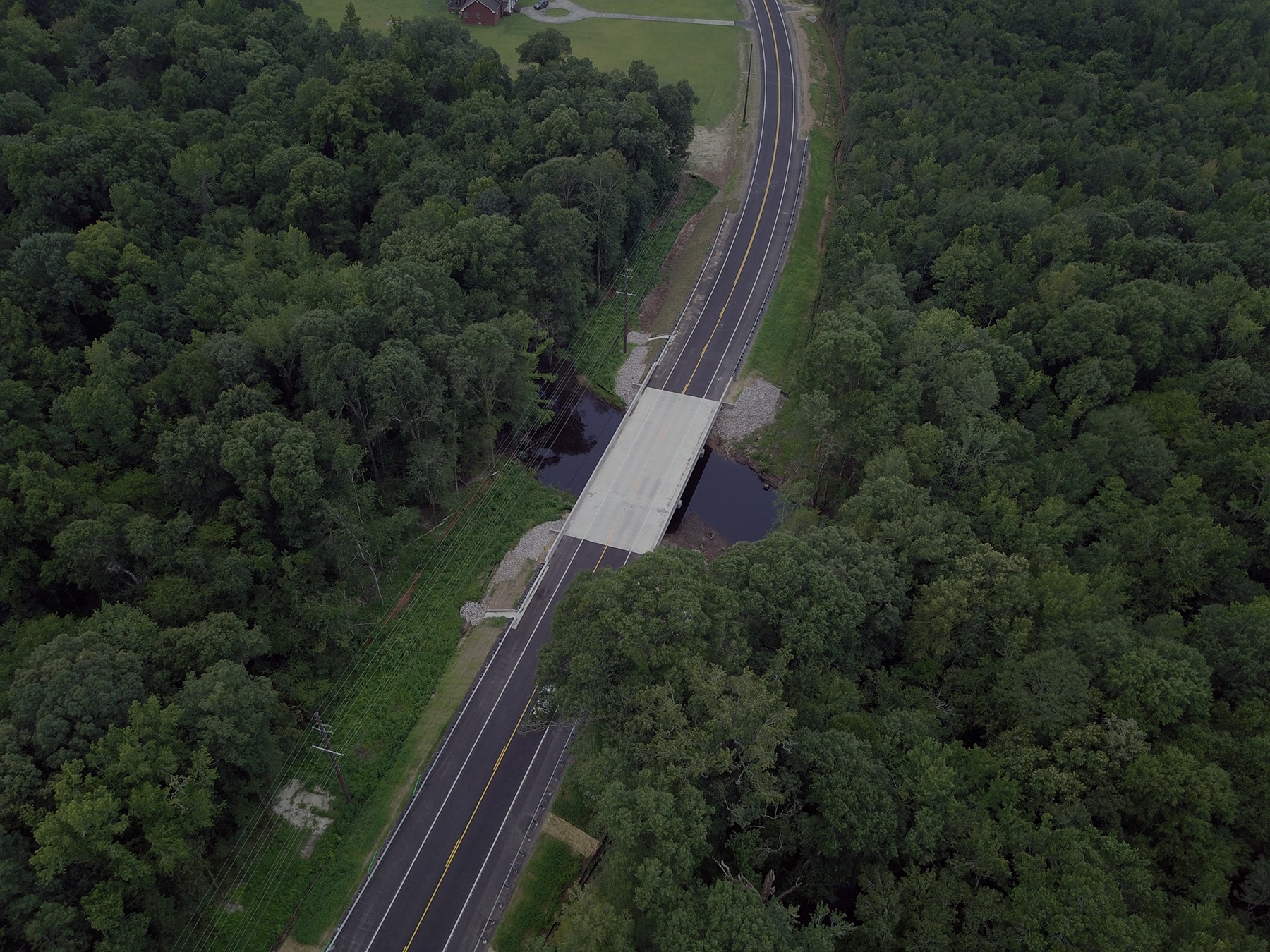 This design-build project included the replacement of the structurally deficient and load restricted, fixed-span US 15 Bridge over the Indian Field Swamp in Dorchester County, SC. The overall project totaled 1,390 feet including the new 120’ LF bridge that was built within the same footprint as the existing bridge. The team’s approach included a resource-intensive demolition and construction delivery team of at least 10 crews that were fully capable and fully committed to progress the work 24 hours a day and 7 days a week for the duration of the 75-day closure window as needed. To accommodate the rapid construction process, the team incorporated multiple enhancements in the bridge structure design such as 20” square prestressed concrete piles at all bents, a cast-in-place slab structure and a U-shaped pile containment system to meet seismic performance standards. These specific design elements not only saved time but also improved safety, increased environmental benefits and reduced maintenance and future repair costs.

This project is an example of a small project delivering a huge impact on a community. The completion of this bridge replacement immediately enhanced the lives of residents by significantly improving the response times of local emergency services. The original bridge was load restricted which had tripled the response times. The safer bridge also includes wider shoulders to give cars and trucks more room to maneuver when passing each other on the bridge. From procurement to delivery, the project team was consistent and innovative with their design process which led to the Project being completed within budget and ahead of schedule, allowing the route to be open three weeks sooner than anticipated. 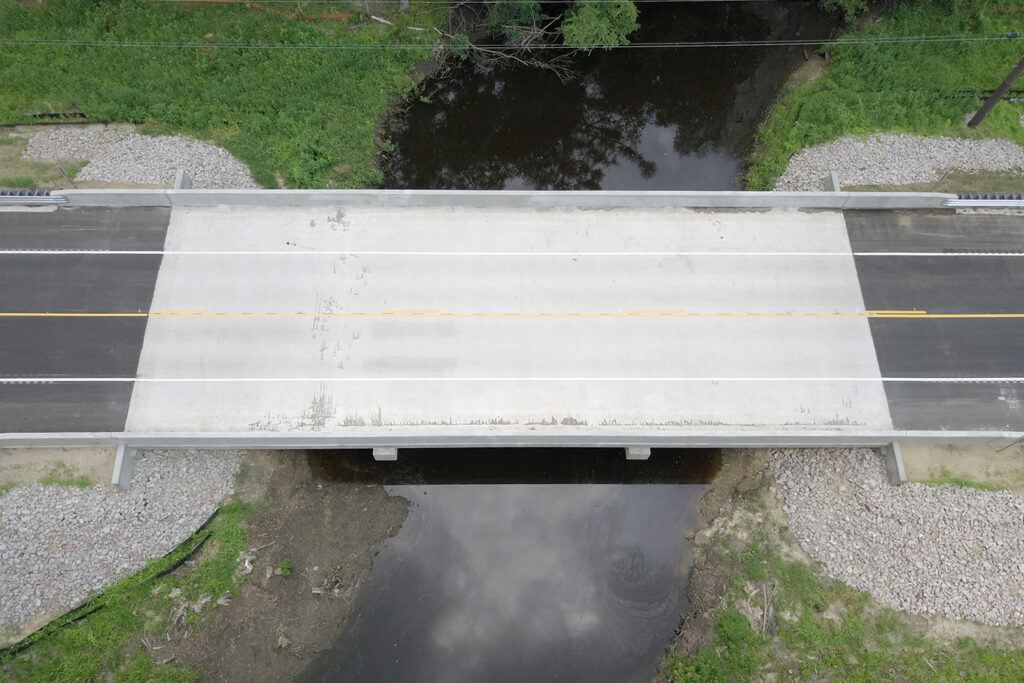 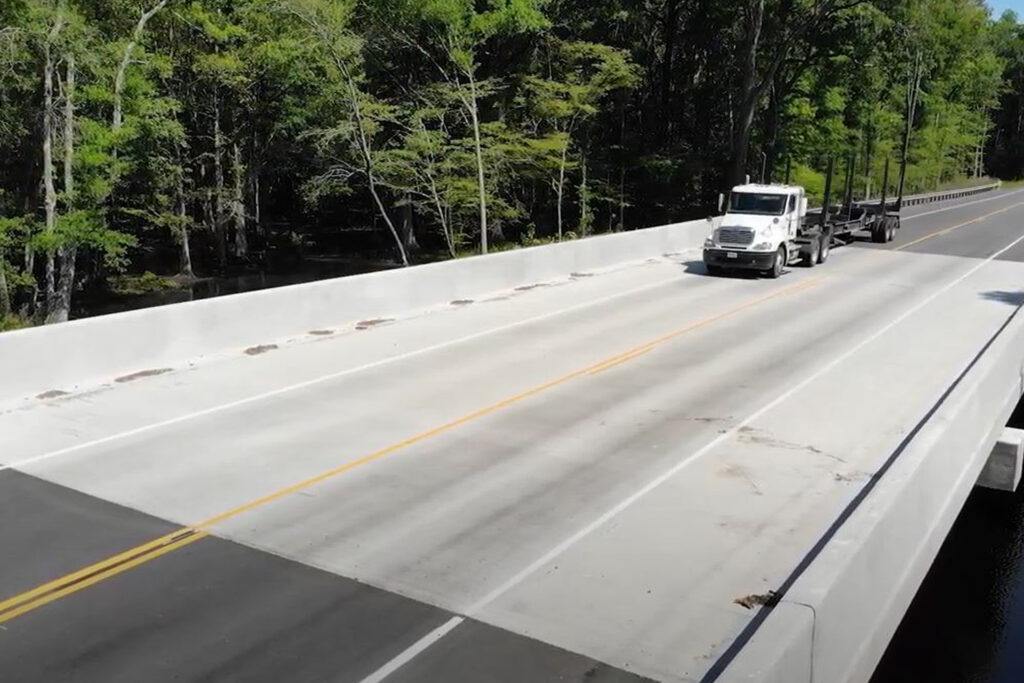 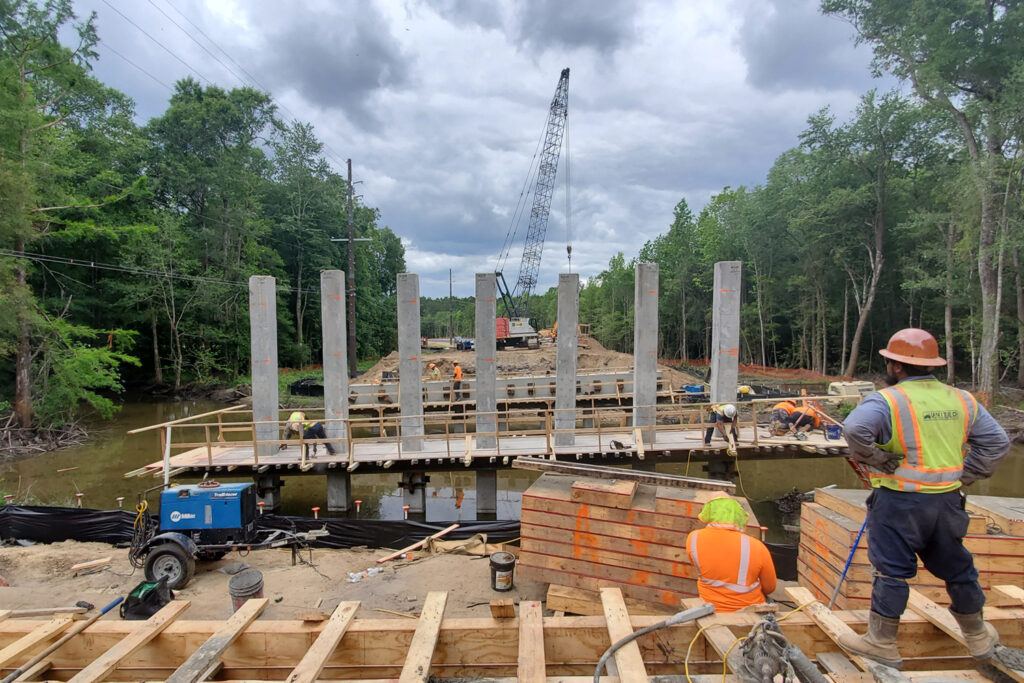