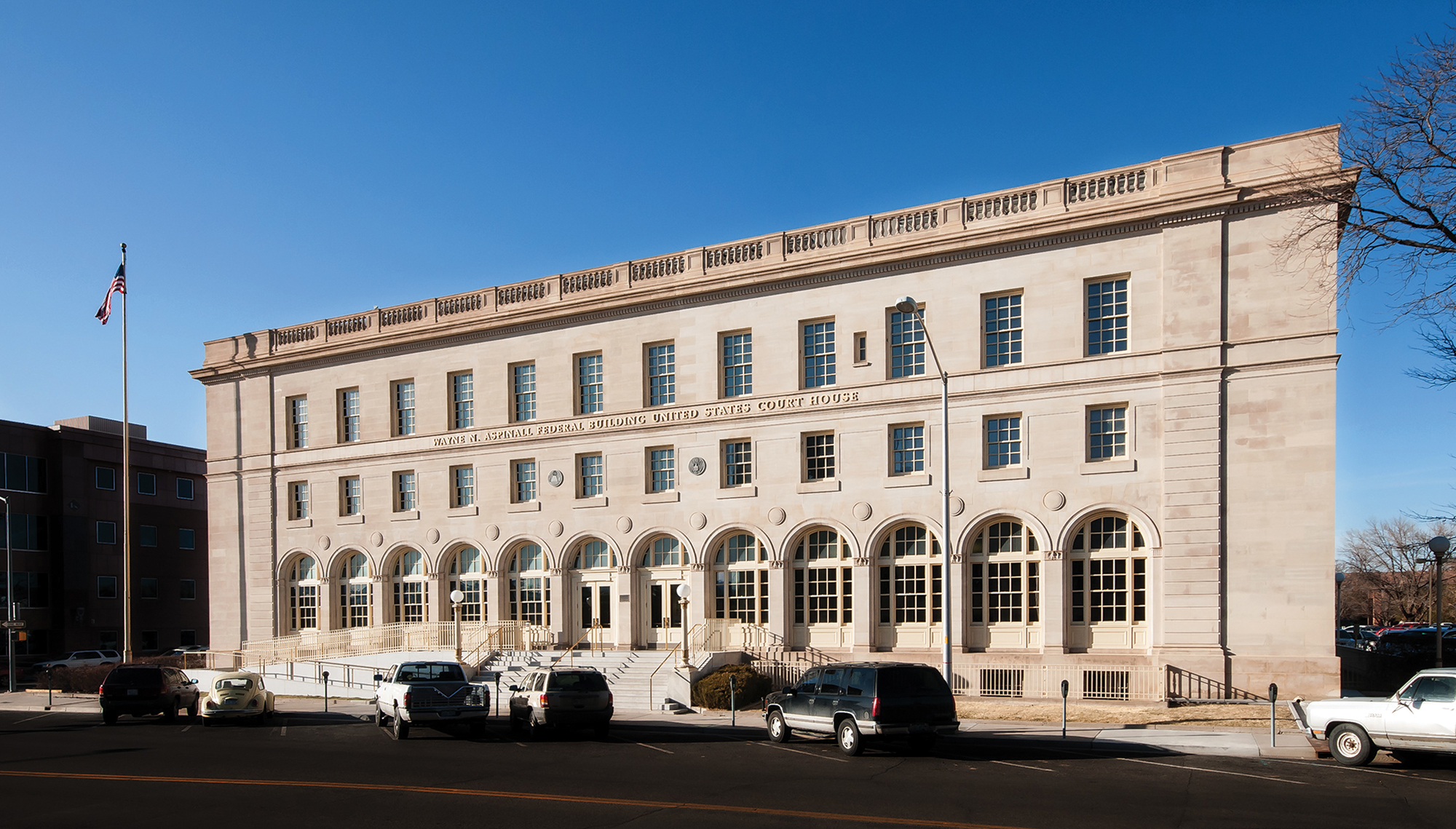 Modernizing the Wayne N. Aspinall Federal Building and U.S. Courthouse restored a historic building while bringing it into compliance with 21st-century sustainability standards. Construction began while design packages were being finalized and continued around the building’s occupants. The project was the first LEED Platinum certified building by the USGBC for almost every one of the nine government agencies housed within it as well as the first net-zero office building for every one of those agencies. It was also the first net-zero building listed on the National Register of Historic Places.