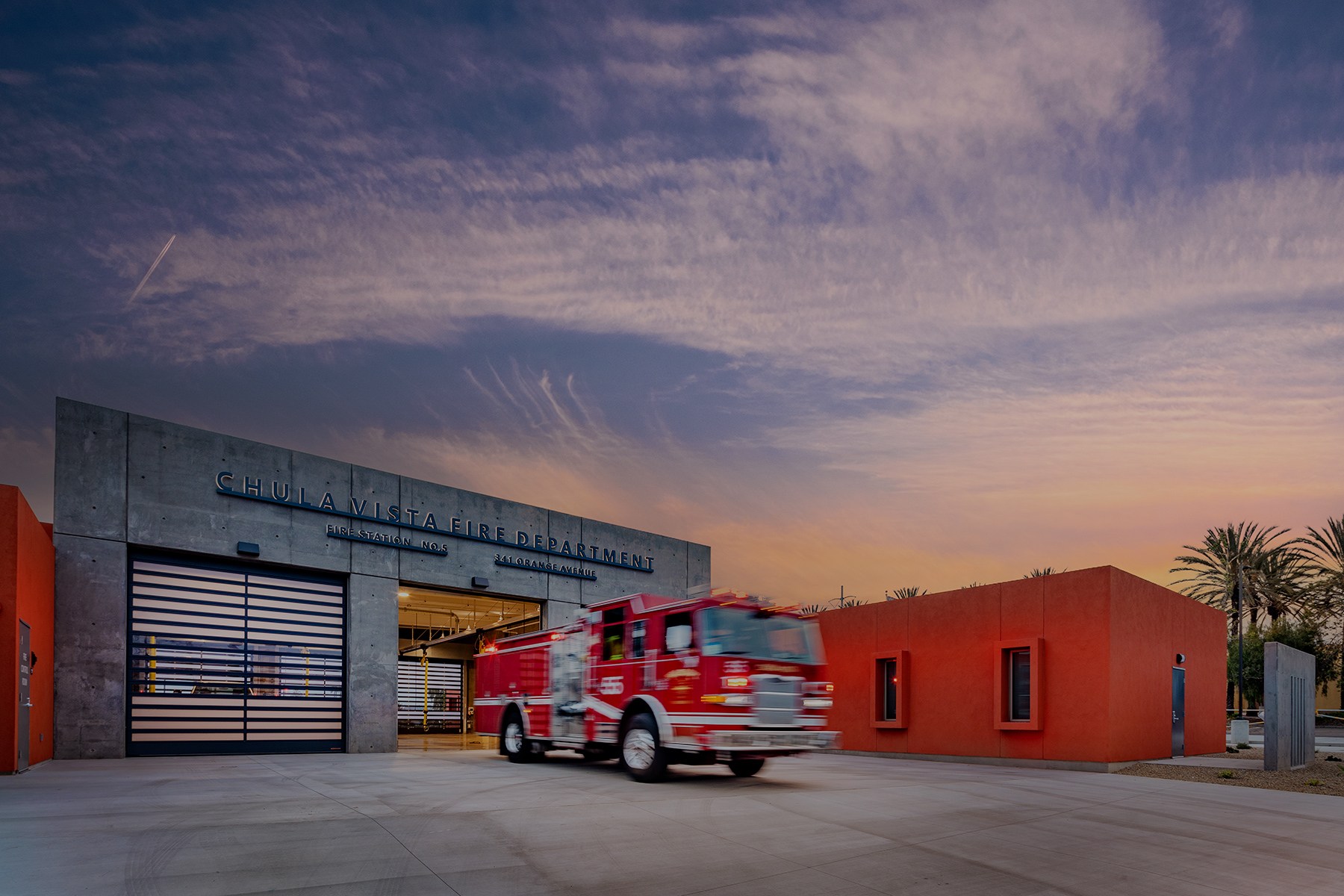 Design-build was key to the replacement of the Chula Vista Fire Stations 3 & 5. The entire design-build team worked collaboratively with members of the Chula Vista community to develop designs for two fire stations, each with different layouts to meet site restraints while adhering to the fire department’s operational goals. The biggest challenge the team faced during this project related to securing water service for Station 3. ECC, JKA, and the City worked together to modify the design of the station and ensure the best solution. This project owes its success to the City’s utilization of progressive design-build delivery as well as the open and honest communications from all parties — resulting in a truly collaborative design and construction process that allowed these two fire stations to be completed ahead of schedule and under the City’s budget.

Chula Vista’s Fire Department has been an integral part of the community since its establishment in 1921, responding to nearly 19,000 calls annually, serving a population of 256,000, and covering an area of over 52 square miles. Fire Stations 3 & 5 replaced two dilapidated fire stations and provides critical support and coverage to the west side of the city. Before the start of the project, The Fire Department did extensive research on the optimal location for these two new stations to reduce their incident response times for the area. Both stations were designed to complement the existing locations/neighborhoods and the project team presented the fire stations’ designs in community meetings gaining approval for the projects from members of the Chula Vista community. The design-build team selected materials with a primary concern for aesthetics, sustainability, and durability, and included features such as clerestory windows, high-efficiency glazing, cool roofing, and indigenous, low maintenance planting to minimize energy consumption for the facilities. 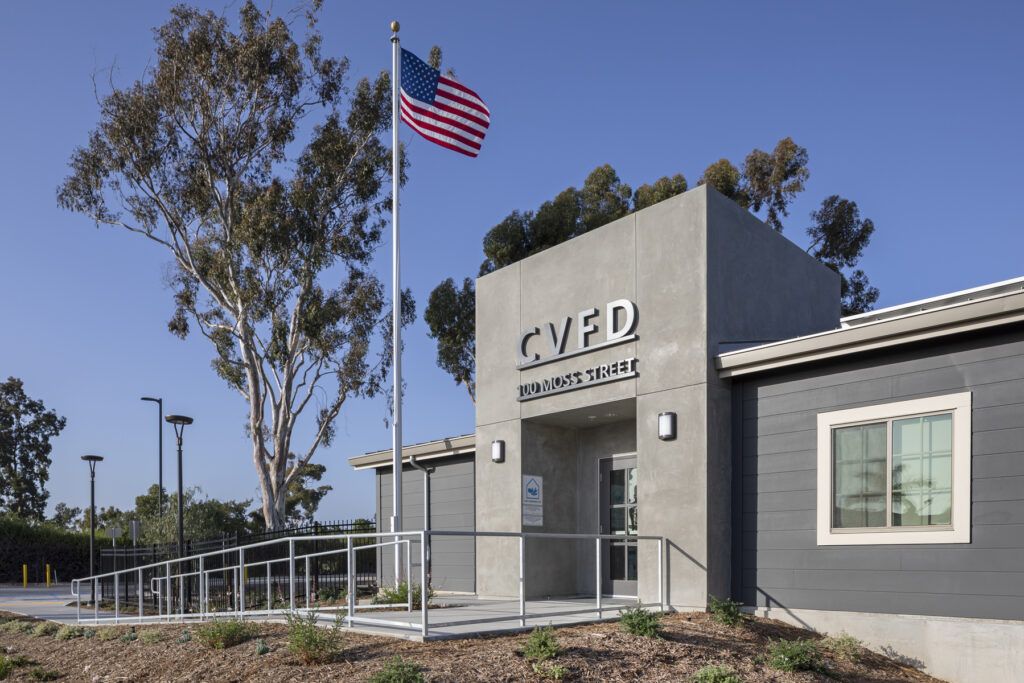 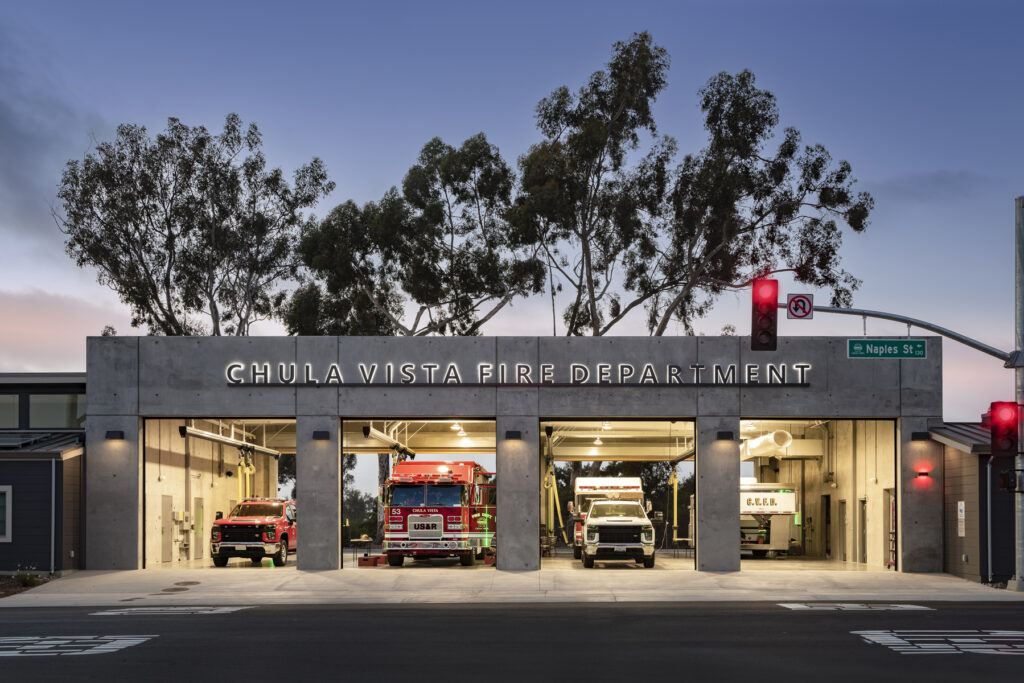 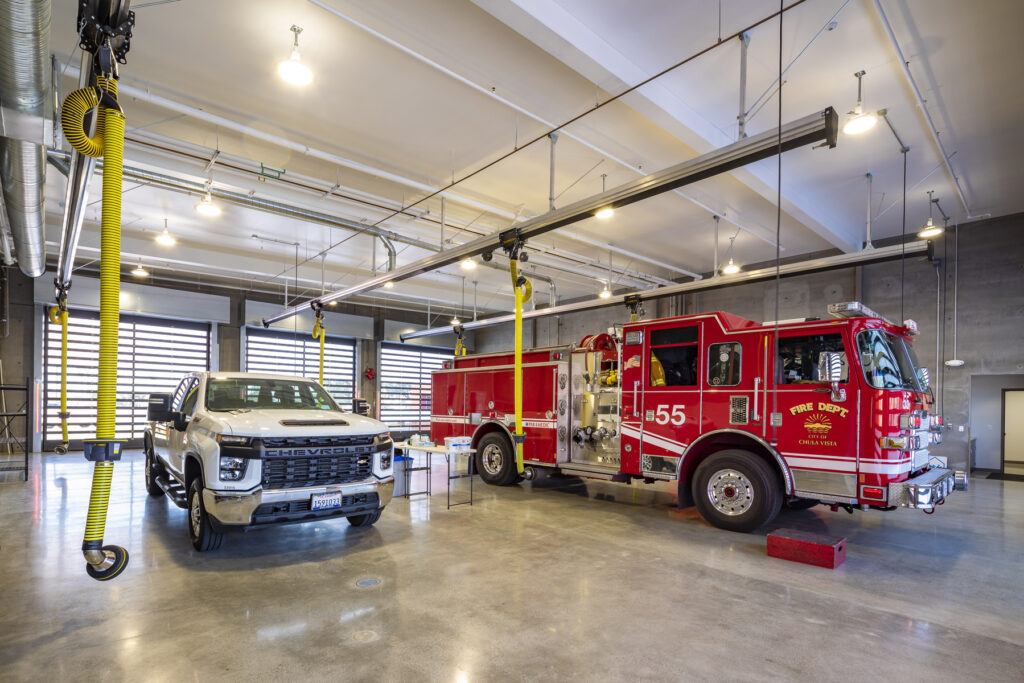