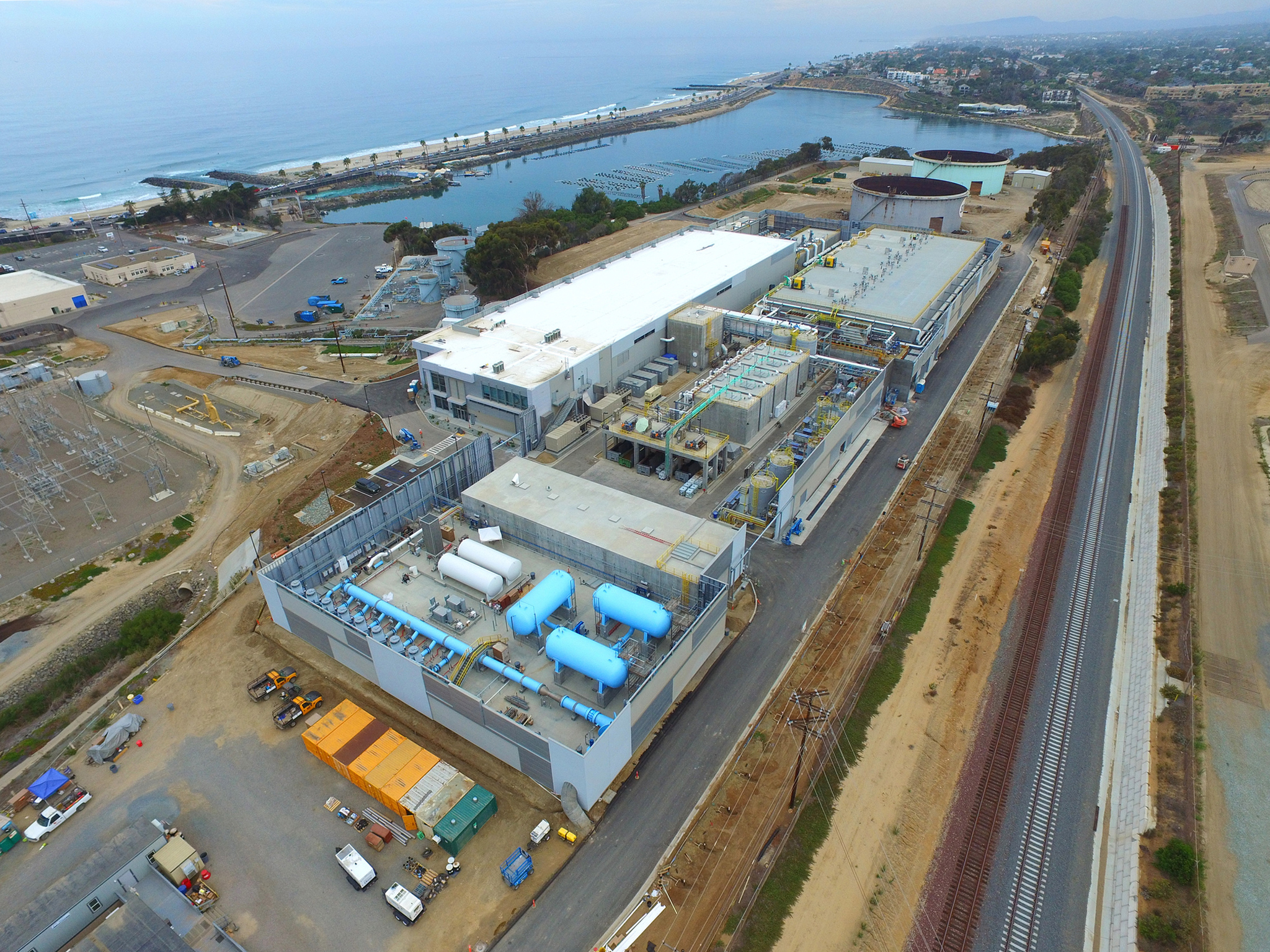 The $583-million Carlsbad Desalination Plant is the largest desalination facility in the Western Hemisphere, with average production of 50 MGD of fresh, high-quality drinking water. Owned by Poseidon Water and completed by the design-build team of Kiewit Shea Desalination with Arcadis, IDE Technologies and Tetra Tech, it is a harbinger of a new era in which desalination is viewed as a viable solution to water challenges and a way to drought-proof public water supplies.