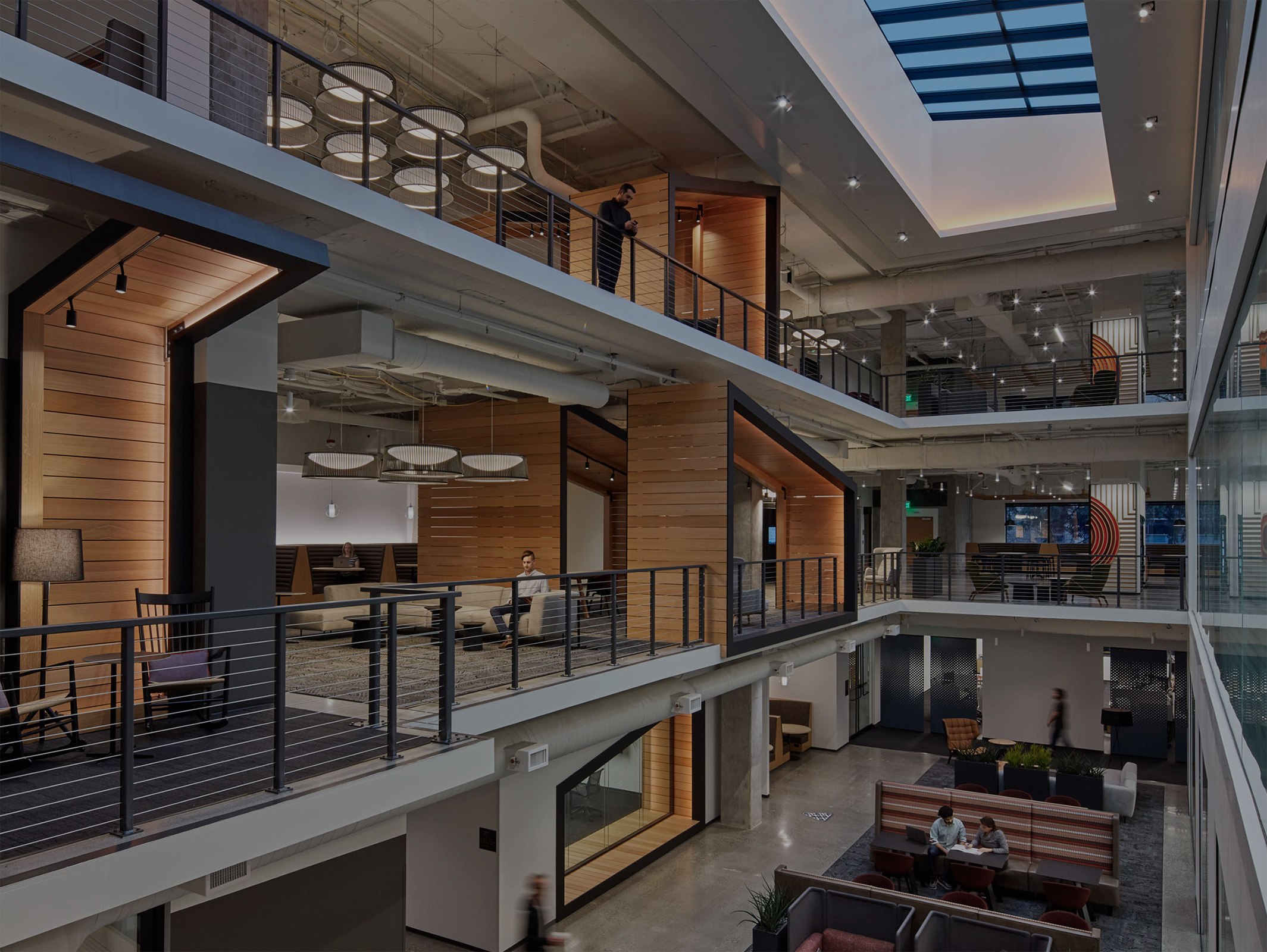 Constructed in the 1990s and with footprints blocking natural light from entering interior spaces, many changes needed to be made to the new atriums in Buildings 121 & 122 to improve the overall office environment. The grandest change came as a result of the need to create ‘neighborhoods’ for the employees – enjoyable, flexible places that improve the environment of the given space. Design-build not only allowed for this project to be completed on a fast-tracked six-month schedule, but also enabled the project to be phased so well that there was minimal impact of people moving in and out of spaces.