More than half of non-residential construction above $10 million is design-build; Highest market share includes state of Oregon at 70% and military sector at 81%

The Design-Build Institute of America  (DBIA), the only organization that defines, teaches and promotes best practices in design-build, has released new research findings indicating that for the first time more than half of projects above $10 million are being completed through design-build project delivery. The newly released study confirms that the use of design-build has remained steady since its growth spurt at the end of the last decade, and also that Oregon and the Military sector are leading with the most dollars being spent on design-build projects.

“The growing use of design-build is not surprising,” says Lisa Washington, CAE, CEO/Executive Director of DBIA. “Throughout the last five years, and even through the recession, we’ve seen a large increase in demand for information and training on design-build best practices. Owners from all sectors have been turning to design-build delivery because they recognize the inherent value it brings to any project in any sector of any size.”

RSMeans analyzed detailed data on nearly 1,000,000 construction projects state by state and found that the West Coast is where design-build is the most prevalent. In fact, 70 percent of construction dollars being spent in Oregon are on design-build projects. California is the second highest at 59 percent and Washington the third highest state at 56 percent. When looking at specific sectors, the military uses design-build on 81 percent of projects. However, even when military projects are taken out of the equation, Oregon is still the top state due to multifamily residential and industrial sectors’ preference for design-build. Those two industries also lift Michigan to the second place spot in the list of states doing the most non-military design-build.

RSMeans’ proprietary database of historical and planning construction projects data served as the basis for the study in addition to the incorporation of other publicly and privately available data sources. A copy of the full report, “Design-Build Project Delivery Market Share and Market Size Report,” is available on DBIA’s web site. 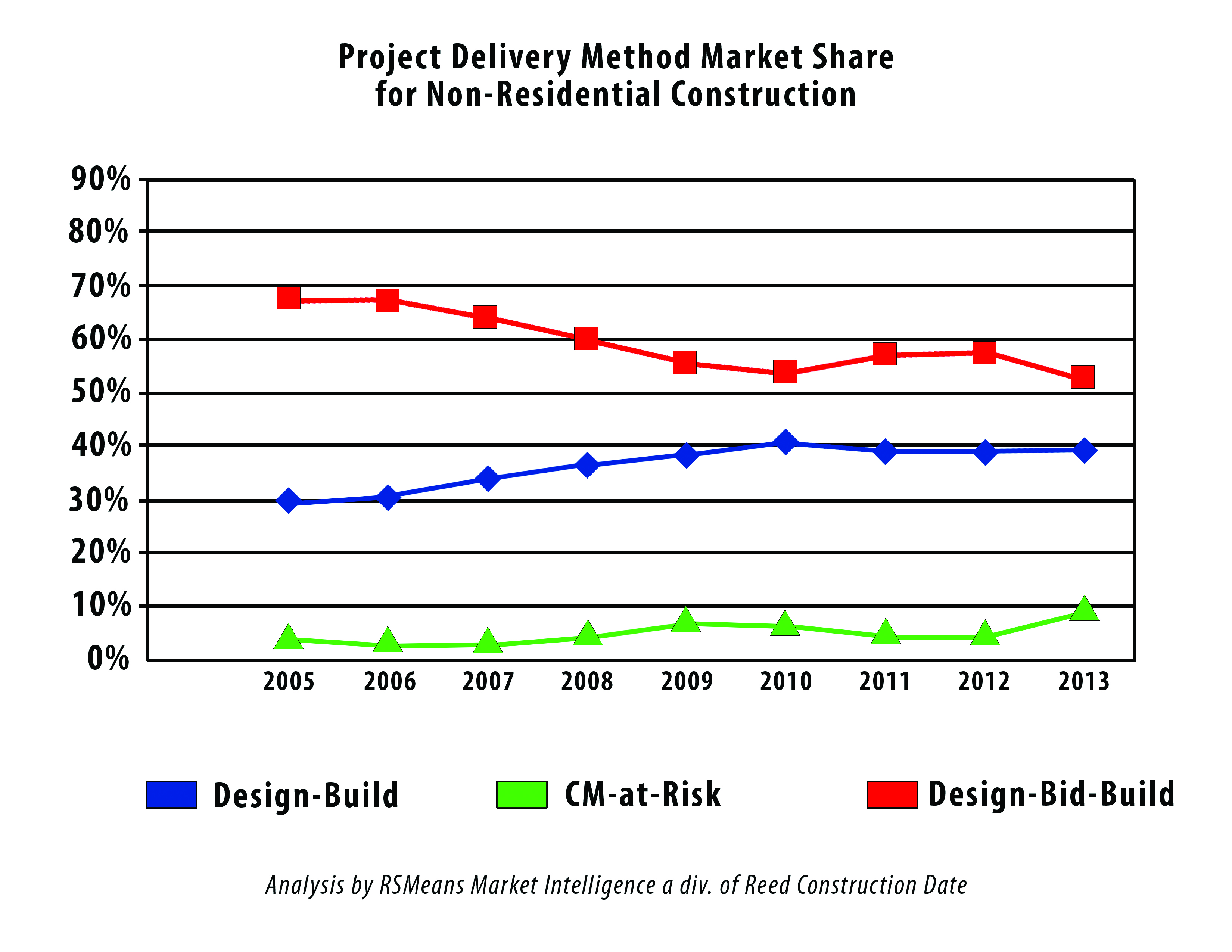 Established  in 1993, the Design-Build Institute of America (DBIA) is the only  organization that defines, teaches and promotes best practices in  design-build project delivery. Design-build is an integrated approach  that delivers design and construction services under one contract with a  single point of responsibility. Owners select design-build to achieve  best value while meeting schedule, cost and quality goals. Learn more  about design-build and DBIA’s certification and other programs at www.dbia.org.